Microsoft shipped Windows 7 one year ago today replacing one of its least popular operating systems (Windows Vista) with what a year later is now the company’s most popular OS.

In its first year Windows 7 has sold 240 Million copies. Most of those are sold as pre-installed copies on computers that are sold from manufacturers.

The company’s blog, highlighting the anniversary, said that upgrading to Windows 7 is one of the top three projects that business IT people are looking at doing in the near future. 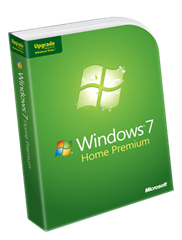 In less than one year Windows 7 claims 17 percent of all computers in the world. It’s biggest competitor is not Mac or Linux, but Windows XP. But with 93 percent of new  computers shipping with Windows, it will only be a matter of time before even XP wanes.

Other figures Microsoft is promoting: