The Augen GenTouch 78 is a $149 tablet that’s been getting a lot of attention over the past few days because it’s been advertised heavily by KMart. Laptop Magazine reviewed the Augen GenTouch78 and gave it just 1.5 of 5 stars. It barely earned that pitiful score according to own of Laptop Magazine’s editors. If you’re tempted to buy this device, our advice is to save your pennies until you can afford a more robust tablet device or iPad. 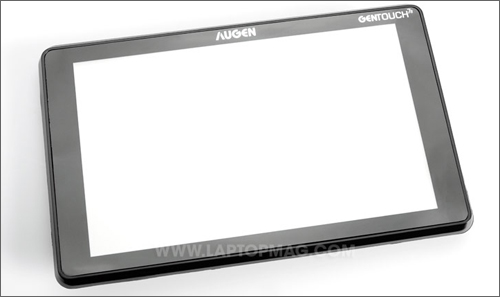 At $149, we didn’t expect much, but the GenTouch 78 even  disappoints those  with already low expectations. The GenTouch  scored lowly because of its  terrible designâ€ and sluggish performance.â€ one highlight of the device is that it runs  Googles Android operating system, but unfortunately the Android market app does not work properly on the GenTouch 78.

According to  Laptop Magazine:

The GenTouch78 was never going to be a powerhouse or the most desirable tablet this side of the iPad, but even at $149 it’s a waste of money.

The GenTouch78  might look good in Kmart’s advertisements, but this  sounds like one device that you wouldn’t even want to use if it were free.