Amazon unveiled a new version of its popular ebook reader tonight. The new Kindle drops the surnames of its older siblings and will be known as simply, the Kindle.

The Kindle still retains the same 6-inch size as the recent versions but is 21% smaller, 15% lighter and offers 20% faster page turns and 50% better contrast than previous Kindles. The storage in the new Kindle has been increased to 4GB and the battery is rated at 10 days with wireless on and a month without.

The new Kindle still uses E Ink technology but according to Engadget who was able to spend some hands on time with the new Kindle there is a noticeable difference. Joshua Topolsky reports that the, “screen refreshes and overall navigation feeling noticeably more responsive and snappy compared with the previous generation.”

In addition to the form factor and refresh rates the new Kindle sports a revamped rocker and keyboard that brings the rocker more flush with the device and downsizes the back buttons. The new Kindle also has an experimental Webkit browser but don’t expect it to be playing multimedia.

Amazon also announced the new Kindle Lighted Leather Cover which includes a built-in, retractable LED light that will illuminate the entire display of the Kindle. This light is built into the case which connects to the Kindle and uses its battery power so that you don’t need to go looking for a battery. This will likely be a must have for anyone who wants to read in bed without disturbing their spouse.

You can pre-order the Kindle WiFi and the Kindle 3G starting today direct from Amazon. 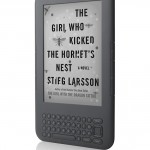 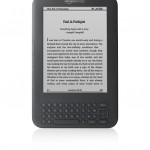 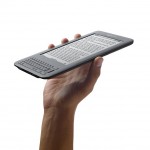 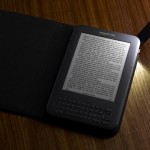 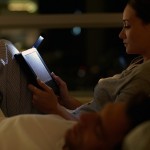 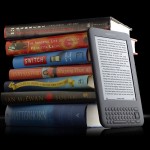 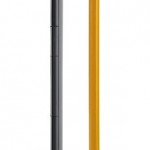