Today, the Library of Congress ruled that breaking copy protection is legal on many devices for the sake of fair use. This ruling will allow smartphone users to jailbreak or root their phones in order to run third-party apps. 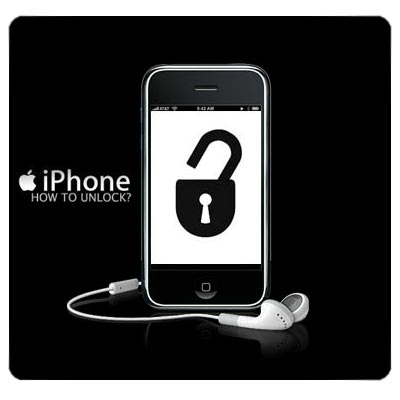 Though people have been doing it for years, jailbreaking or rooting was sort of in a grey area between legal and illegal. People weren’t being arrested for jailbreaking their phone. However, in an effort to keep revenue from legitimate app stores flowing in, companies such as Apple would frequently release updates that would “brick” jailbroken iPhones. With this new ruling, consumers need no longer live in fear of being sued, or having their devices bricked.

What does this mean for Motorola? Earlier this month, upon the release of the Motorola Droid X, reports surfaced claiming that any attempt to root the device ended in utter disappointment. Motorola responded that only Motorola-approved software was allowed to be installed on the device. It looks as though this new ruling bypasses Motorola’s authority, allowing consumers to put Froyo or any other operating system their heart desires on the Droid X. As of now, there has been no statement from Motorola, Apple, or any other company that this ruling affects.

Other exemptions found in the recent ruling allow:

To read a full copy of the Library of Congress’s official ruling, click here.

San Francisco – The Electronic Frontier Foundation (EFF) won three critical exemptions to the Digital Millennium Copyright Act (DMCA) anticircumvention provisions today, carving out new legal protections for consumers who modify their cell phones and artists who remix videos â€” people who, until now, could have been sued for their non-infringing or fair use activities.

“By granting all of EFF’s applications, the Copyright Office and Librarian of Congress have taken three important steps today to mitigate some of the harms caused by the DMCA,” said Jennifer Granick, EFF’s Civil Liberties Director. “We are thrilled to have helped free jailbreakers, unlockers and vidders from this law’s overbroad reach.”

The exemptions were granted as part of a statutorily proscribed rulemaking process, conducted every three years to mitigate the danger the DMCA poses to legitimate, non-infringing uses of copyrighted materials. The DMCA prohibits “circumventing” digital rights management (DRM) and “other technical protection measures” used to control access to copyrighted works. While the DMCA still chills competition, free speech, and fair use, today’s exemptions take unprecedented new strides towards protecting more consumers and artists from its extensive reach.

The first of EFF’s three successful requests clarifies the legality of cell phone “jailbreaking” â€” software modifications that liberate iPhones and other handsets to run applications from sources other than those approved by the phone maker. More than a million iPhone owners are said to have “jailbroken” their handsets in order to change wireless providers or use applications obtained from sources other than Apple’s own iTunes “App Store,” and many more have expressed a desire to do so. But the threat of DMCA liability had previously endangered these customers and alternate applications stores.

In its reasoning in favor of EFF’s jailbreaking exemption, the Copyright Office rejected Apple’s claim that copyright law prevents people from installing unapproved programs on iPhones: “When one jailbreaks a smartphone in order to make the operating system on that phone interoperable with an independently created application that has not been approved by the maker of the smartphone or the maker of its operating system, the modifications that are made purely for the purpose of such interoperability are fair uses.”

“Copyright law has long held that making programs interoperable is fair use,” confirmed Corynne McSherry, EFF’s Senior Staff Attorney. “It’s gratifying that the Copyright Office acknowledges this right and agrees that the anticircumvention laws should not interfere with interoperability.”

EFF also won a groundbreaking new protection for video remix artists currently thriving on Internet sites like YouTube. The new rule holds that amateur creators do not violate the DMCA when they use short excerpts from DVDs in order to create new, noncommercial works for purposes of criticism or comment if they believe that circumvention is necessary to fulfill that purpose. Hollywood has historically taken the view that “ripping” DVDs is always a violation of the DMCA, no matter the purpose.

“Noncommercial videos are a powerful art form online, and many use short clips from popular movies. Finally the creative people that make those videos won’t have to worry that they are breaking the law in the process, even though their works are clearly fair uses. That benefits everyone â€” from the artists themselves to those of us who enjoy watching the amazing works they create,” added McSherry.

On EFF’s request, the Librarian of Congress renewed a 2006 rule exempting cell phone unlocking so handsets can be used with other telecommunications carriers. Cell phone unlockers have been successfully sued under the DMCA, even though there is no copyright infringement involved in the unlocking. Digital locks on cell phones make it harder to resell, reuse, or recycle the handset, prompting EFF to ask for renewal of this rule on behalf of our clients, The Wireless Alliance, ReCellular and Flipswap. However, the 2009 rule has been modified so that it only applies to used mobile phones, not new ones.

“The Copyright Office recognizes that the primary purpose of the locks on cell phones is to bind customers to their existing networks, rather than to protect copyrights,” said Granick. “The Copyright Office agrees with EFF that the DMCA shouldn’t be used as a barrier to prevent people who purchase phones from keeping those phones when they change carriers. The DMCA also shouldn’t be used to interfere with recyclers who want to extend the useful life of a handset.”

Along with the exemptions that EFF championed, several other DMCA exemptions were expanded, granted or narrowed including one for documentary filmmakers and college-level educators, as well as some for security researchers.