Today Microsoft released a new beta version of Microsoft Security Essentials the company’s free security and anti-virus software. This release is not the final version but does bring along new features that will help users protect their computers for free. 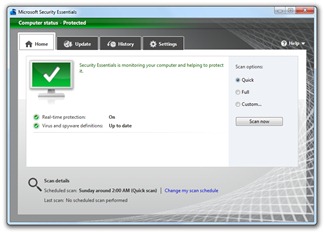