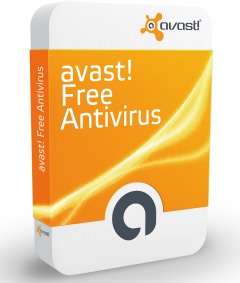 If you are on a Windows notebook and need an excellent free antivirus solution, check out Avast Free Antivirus 6.0 which just launched with a collection of new features to make the web a safer place. Avast Free Antivirus 6.0 is, as the name suggests, free for users to download and install. Avast offers an impressive level of protection and can replace the paid antivirus applications for many home users.

Avast summarizes the main features of the new Avast 6.0 antivirus software in a press release highlighting six reasons to switch to Avast.

AutoSandbox identifies suspicious applications and automatically prompts users to run them in a safe virtual environment. “If the item is dangerous, the virtual computer is shut down and the user’s real machine remains safe.  And, if the item is safe, there is no hassle from a false positive,” stated Ondrej Vlcek, CTO of AVAST Software.

“WebRep interfaces directly with search engine results, combining CommunityIQ data on infected websites with user-submitted information on the content and reputation of individual sites,” added Mr. Vlcek. “Thanks to our more than 120 million active users, our WebRep has the deepest support of any web reputation option on the market.”

“As 85 percent of malware is now transmitted through the internet, we’ve extended our protective features to all avast! users,” remarked Mr. Steckler. Avast! Free Antivirus now includes both Web and Script Shields, protecting users at both the http level and the browser level. Site Blocking, another new feature in avast! Free Antivirus, allows users to block selected websites.

4. Knows what’s bad – Recognizes and stops malware attacks in the billions, thanks to CommunityIQ sensors.

avast! stopped 1.2 billion viruses in January of this year, a significant increase from the over 900 million viruses stopped in the previous January. avast! also prevented over 32 million users from visiting infected sites in the past 30 days. “We get over 12,000 unique samples sent daily to the Virus Lab – which then enables us to fine-tune our detection abilities,” said Mr. Vlcek. Thanks to its massive CommunityIQ network of user-sensors, avast! keeps the largest – and freshest – list of infected websites in the security industry.

Avast! Free Antivirus is a regular top performer, placing at or near the top for its malware detection, fast scanning speed, and its performance – even when competing against the leading paid-for products.  New avast! 6.0 features are set to continue this trend. “It looks like avast! 6 will land far closer to the high end of the spectrum thanks to its new WebRep browser add-on and sandbox environment, unique in the free antivirus marketplace,” wrote Seth Rosenblatt, senior associate editor at Download.com in his review.

6. It’s free – Light on computers, even lighter on the wallet.

avast! Free has a well-deserved reputation for its light demands on computer resources. As a free application, it has an even lighter impact on users’ financial resources. With avast! Free Antivirus, users pay less and can get more protection.

We really like the Web Reputation and Sandboxing features which normally only come in paid anti virus software packages, but can be worth it for users who may inadvertently arrive on a webpage that tries to install or download malware.