Dell Mobile Workstations, notebooks designed to meet the demanding needs of engineers, software developers and digital content creation professionals, were the most popular notebooks in this segment in the first quarter of 2010 according to a new report from the IDC’s Worldwide Quarterly Workstation Tracker. These high end machines are used for everything from designing the products most of us use every day, as an integral part of building airplanes and even to animate your favorites from Pixar. Because of these demanding uses Dell’s Mobile workstations, like the Dell Precision M4500 and the Dell Precision M6500, offer many special features not found in consumer notebooks and go through additional testing to make sure they meet the customer’s demands.

Dell recently shared with us a bit about these popular new workstations and how the work they put into them allowed Dell to take 39.3% of the mobile workstation market, beating HP’s 38.1% share, and explained a bit more about trends and use cases for mobile workstations.

Perhaps the biggest difference from consumer built machines is that the mobile workstation devices, including the Precision line, are purpose built machines. These devices are designed — and tested — to run specific software suites and fit defined needs. Currently Dell tests applications from 35 companies to work with their mobile workstations. They are quickly approaching 100 different software tools which will be verified to run correctly on their devices. By testing these notebooks with the software developers, Dell can assure users that the software will run and if there is an issue the end user can contact the vendor for software support without worrying about it being an incompatible computer.

As mobile workstations have evolved at Dell the company has expanded the offering to include very high performance OPENGL graphics options with CPUs that support up to 4 Cores.  Dell’s new mobile workstation processors use dynamic caching and the Turbo mode to automatically scale the computing power to address specific needs. If a single core would be better for completing the task at hand, the workstation will increase the power to one core. If there is multitasking, or many apps running, the system can scale down and spread the power out amongst the available cores. These powerful machines can also connect to a workstation back at the home base which has even more computing power to do major tasks and deliver the results to individuals working in the field.

The Dell Precision M6500 mobile workstation is a powerful 17″ notebook from Dell which was launched in December and refreshed in February with Dual-Core Arrandale Core i5 and i7 processors from Intel. The M6500 comes with USB 3.0 support, 1GB of dedicated graphics with choices from ATI and NVIDIA, an optional RGB LED Display and several storage options.

The storage options of the M6500 are pretty interesting in that there are three possible configurations, including support for RAID0 or RAID1. You can choose from a single 7200 RPM hard drive up to 500GB, dual hard drives of up to 500GB each, or a 64GB SSD Minicard + two 7200 RPM drives up to 500GB each — all while retaining the optical drive. Dell explained that in addition to the benefits of using an SSD as your primary drive, having multiple hard drives is a useful feature for contractors who need to keep client data separate.

The M6500 has numerous processor configurations including Dual-Core, Quad Core and even an Intel® Coreâ„¢ i7-920XM Extreme Edition option. It has 4 memory DIMMS (slots) which can handle up to 16GB of RAM and can be configured direct from Dell with 8GB of 1600MHz RAM. Dell claims that the M6500 is the first mobile workstation to feature an Intel Core i7 processor, 3 internal storage options (without losing the optical drive) and supporting 1600MHz RAM.

The Dell Precision M4500 is a more portable 15.6″ mobile workstation that has a battery life of up to 7.5 hours, comes with 1GB of dedicated video memory via a NVIDIA Quadro FX GPU. Just because it is a smaller size doesn’t mean you have to sacrifice on power or storage. The M4500 can be configured with up to an Intel® Coreâ„¢ i7-920XM Extreme Edition 2.00GHz CPU and has support for up to 2 storage devices including a SSD of up to 256GB. The M4500 can be configured with up to 8GB of 1333MHz DDR3 RAM in two DIMMS(slots).

The graphics card on the M4500 is another source of power for users who need extra muscle in their system. When needed, the computer can make use of the Quadro FX GPU to handle to handle some processing tasks allowing users to do more. Some Adobe products are specifically built to leverage this ability in order to deliver higher performance.

For mobile users, the M4500 can be configured with a HSPA-EVDO mini card for on the go connectivity. The Dell Mobile Precision M4500 starts at $1,548. 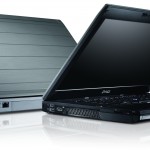 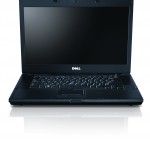 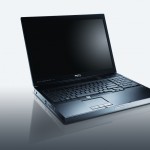 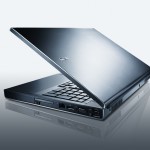 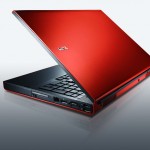 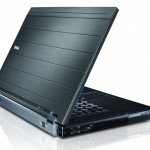