Google has improved their Docs sharing features making collaboration easier, according to a blog post over at The Official Google Docs Blog. 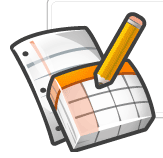 There are five basic upgrades in Google’s cloud based office document editing tool.

First, links to documents can be shared in one of three ways: Private, Anyone with the Link, or Public. The difference is that private docs are only viewable by the person who created it and then anyone he or she has given access to via the sharing tools. An example is an expense report I recently sent my boss. I don’t want everyone to see it so I can set it as private and then share it with just him.

If you set the document’s sharing option to Anyone with the Link, then it can be accessed by any person who has been given the link. So if you email it to a person they can access it and share the link with others too. If you know the link you can access it. Google compares it to an unlisted telephone number. Anyone can call the number, but they have to know it. This would make it possible for a group of people, like the editors at Notebooks.com to collaborate on a story. Maybe the editors want to be able to send the link to friends in the tech industry to read, edit or contribute. But they don’t want anyone else to find it via Google search. If so, they could set it to this option.

The Public setting makes it open to all. The difference between this and the previous setting is that this one will be indexed by Google and other search engines. The “Anyone with the Link” setting means those docs won’t be indexed and accessible via search engines. So if you search for the document title in Google, the second kind of document won’t show up, but the third kind will eventually show up. This might be a document like this one: Click to See a Fully Public Document.

The second change is Google is also making it easier to see who has access to your documents from within the Google Docs window. The visibility options is shown next to the title of the document and in the docs list. The full list of editors and viewers is shown in two places when you click on the visibility option next to the doc title and in the Share menu drop down menu.

Third, Google docs has a streamlined the dialog box that shows who has access to the documents, the access management features, and the option to invite others. Previously these were in three tabs within this dialog. Now there are no longer going to be tabs, but one box.

Fourth, now you can reset the document URL. This gives you more control over who can access it. If the link gets out and you want it more private – let’s say using the second  option – then you can reset the link and the previous one no longer works.

Finally, you can make changes to all your documents sharing settings at once. Select them all or just some of them and then click on the Share button. Select Share Settings and from there you can change who has access to the document.