Warner Crocker at Gottabemobile is reporting that the Department of Homeland Security agents cannot seize and search your notebook computer anymore without a warrant or probable cause thanks to a ruling by the US District Court in Northern California. Judge Jeffrey White decided that it was in violation of the 4th Amendment, which protects our belongings â€¦ against unreasonable searches and seizures, shall not be violated, and no Warrants shall issue, but upon probable cause â€¦.â€ 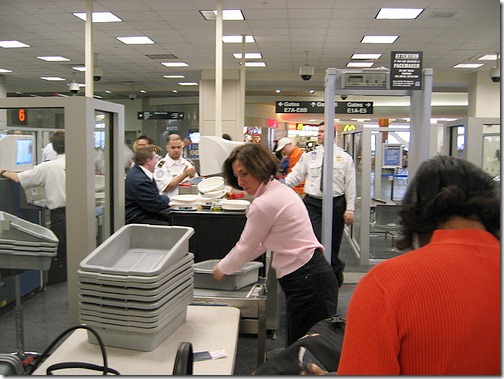 Two years ago the DHS claimed its agents had the right to search and even confiscate your computer if they believed you were a terrorist or just a common criminal. They could hold onto it, keep it for as long as they like and search it at any time. This is what happened when an American citizen returned from South Korea and has his computer taken by DHS. It was later searched and an image they deemed to be child pornography was found, according to CNet. He was chosen at random and when he began to act nervously, agents took note.

That led Customs agent Sheryl Edwards to ask for an examination of Hanson’s laptop, a digital camera with memory card, two CD-ROMs, and two DVDs.

That examination, customs agents say, showed one incriminating photograph: an adolescent girl covered with mud, standing on a beach, and not wearing any clothes. Edwards concluded that the image was illegal; Hanson was charged with transportation and possession of child pornography in September 2009. He has pleaded not guilty. (CNet)

Judge Jeffrey White of the Northern District of California rule that this was an unlawful search and seizure.