It is being reported all over the Internet that a new iPhone is coming this summer. 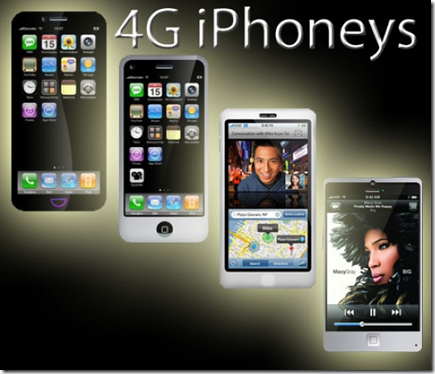 It sounds like news and we are almost obligated to report it in the tech industry, but it is the perennial story. Like the swallows to Capistrano, or the birds flying south, and mobs of consumers storming WalMart for cheap DVD players on Black Friday, we get the summer iPhone release rumors in springtime.

In this year’s round of rumors, we find that AT&T employees are not allowed to take June vacations. According to this report, the only time this happens is for an iPhone release. If this is true, it would be slightly earlier than last year’s July release.

Adding to the frenzy, John Gruber linked to a report in the Wall Street Journal as saying:

Apple Inc. plans to begin producing this year a new iPhone that could allow U.S. phone carriers other than AT&T Inc. to sell the iconic gadget, said people briefed by the company.

In the report, they say Verizon would not confirm nor deny it. If the report by Engadget is correct, this will not come until either later this year or next year, because the first CDMA iPhone will be produced by a company called Pegatron Technology.  They won’t ramp up production till September.

This would lead credence to Gruber’s post which points out that the WSJ’s report is merely speculation, since it does not list any of the features that are rumored to be coming in the new phone. Some pundits are taking this as a snarky stab at the Wall Street Journal for not getting the inside baseballâ€ on the device. The new features he lists are:

This may just be a list of coveted new features widely reported, or as some are speculating, it could be that Gruber was slyly showing that he does have inside knowledge.

In another rumor, Engadget is citing a report that the new phone will be produced by Hon Hai Precision Industry of Taiwan. They go on to observe that this is really not news since this company has produced the phones previously. I guess this would be like reporting that sources close to the President of the United States are saying that this year’s election will be help in November.

Engadget is also reporting the June 22 date for the launch event. The phone will be called the iPhone HD to match previously launched higher resolution phones like the EVO 4G and the HD2 from HTC.

Another feature of the annual rumor mills are blurry, grainy, or blurry and grainy photos of what claim to be the new device. MacRumors has what it calls questionable next-generationâ€ photos posted for discussion purposes only.â€ However, the post was updated to say the photos are confirmed to be fake. 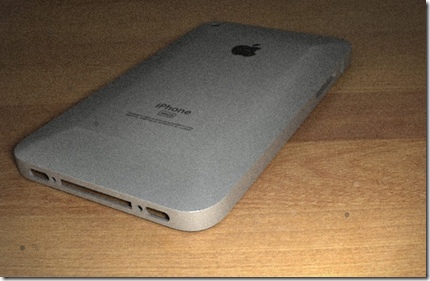 An old report in PCWorld cited Bloomberg/BusinessWeek saying that the new iPhone will have up to a 5 MP camera, better than the current model’s 3G. But, this rumor said the phone will come in May instead of June/July time frame. The article dated back to January, so they did not have the information about Apple possibly reserving a venue for their launch this June.

All of this confirms one thing, there are always going to be wildly speculative rumors every year about this time. Just like the wild rumors last year and the year before, most of them will be wrong. The few that are right will cause the rumor mongers to stick out their chests bragging that they got it right. But, if you throw enough spaghetti at the wall, some of it is going to stick. The truth is this very well-done mock-up video of the iPhone 4G might be just as accurate as any of the above reports. At least it’s creator is honest enough to tell us it is imagination.â€

UPDATE: There is another rumor at Engadget. The pictures are of a phone that was supposedly found inside on the floor of a San Jose bar inside of an iPhone 3G case.â€ They believe the pictures may be legitimate. If they are authentic then we can expect a front facing camera, as Gruber said above, and 80 GB of storage. The phone would not start up. Click through to see the gallery.