I’ve got the HP Mini 311 netbook that I’m checking out. This is HP’s first generation of netbooks with Nvidia ION, which affords the netbook much improved processing for videos and other graphical tasks over netbooks which lack ION.

The Mini 311 has an 11.6â€ screen with a 1366×768 display which is higher resolution than most netbooks. The little green ION sticker on the computer might not look like much, but it represents a very impressive leap in performance for netbooks, adding a great deal of value to the inexpensive genre of computers that we call netbooks.

I’ve been using the HP Mini 311 over the holidays, and it’s been an awesome little device to have. It’s thin, lightweight, and is really useful as a couch top surfing machine due to low heat and noise production. 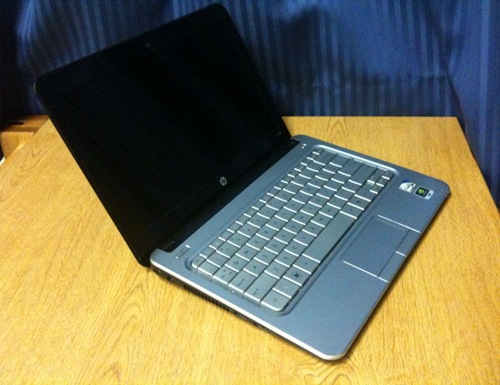 Aside from aesthetics and build quality rivaling that of a more expensive computer, ION is definitely the most impressive part of the Mini 311. If you told me a year ago that in one year I could go to the store and pick up a computer for $399 that could handle HD video playback (let alone flash HD playback), I would have called you a liar. Yet here is the Mini 311 with ION, and it can do those things very well. Not only can it handle local HD video playback very well, but with the recent release of Adobe’s flash player 10.1, ION can even play flash HD videos at full framerate, which was once a task that would stutter on even powerful machines. 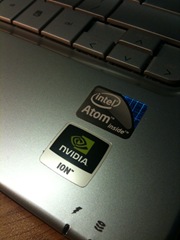 An interesting thought I had pertaining to the Mini 311 was this: If I handed the Mini 311 and my much more expensive (and more powerful) HP 2525 tablet to someone who had not seen either device previously, and asked them to tell me which one costs the most, I’m fairly certain that their answer would be the Mini 311. Why? Because the Mini 311 is small, lightweight, and has the illusion of high power.

Illusion might not be the best word hereâ€¦ what I’m trying to say is that the Mini 311 has the guts to proficiently perform tasks that are highly relevant to most general computer users (word processing, web surfing, flash video [YouTube HD, etc.], and local HD video playback) without being an all around power-house of a computer. Specializing in specific tasks allows the computer to stay small, cool, low cost, and retain good battery life. All of this culminates into a very valuable machine for the user despite the Mini 311 being price inexpensively.

Stay tuned for a full review of the, so far very impressive, HP Mini 311 netbook.