MSI announced a new Intel CULV powered 13.4″ notebook this week which is less than an inch thick and has a unique “lozenge” design to create a striking etched outer shell. 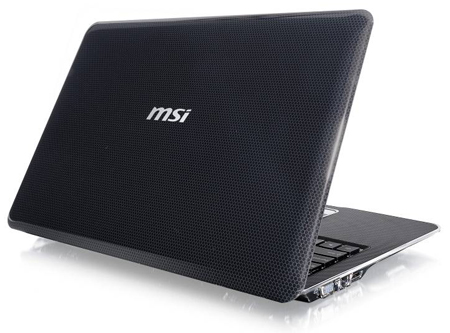 MSI claims 9 hours of battery life on the X350, which would provide all-day computing for users if it can stand up to that claim in a real world setting. The X350 makes use of an ECO battery mode which allows users to choose from 5 preset battery modes depending on their needs. These Eco Modes include presets for gaming, viewing video content, preparing presentations, performing word-processing tasks, and “Turbo Battery”.

The X350 also includes an HDMI port and an optional internal Blu-Ray drive to provide an HD video experience on-the-go or hooked into your HDTV at home.

Pricing and availability have not been announced but it is very likely that MSI will announce both of these pieces of information formal at CES in early January.