I’ve owned my current MacBook Pro 13″ since July and still have little to complain about.  My previous review provided a nice, general overview of the popular notebook.  In the few short months that I’ve owned my MacBook Pro my only issue thus far would be with the fading keys.

When I say that the keys are fading I must be clear in stating that the key lettering is not at fault.  In fact, it appears that the keys are colored from behind so that light from the illuminated keyboard can clearly identify the individual keys.  The issue is with the glossy texture changes which quickly appear on frequently used keys.  This is a very small complaint in a world of poorly designed and manufactured notebooks, but a computer that costs over $1000 should have keys which retain their newness for more than three months of use.

The images below clearly show my MacBook Pro’s frequently used spacebar and the glossy sheen it has developed on the left side, where my thumb often makes contact.  I am a particularly clean person, I don’t type with dirty or greasy hands, and I seldom even eat food while at the computer.  I usually go above and beyond to procure that my gadgets retain their like-new look. 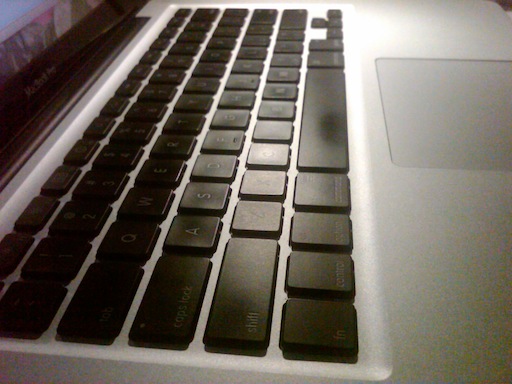 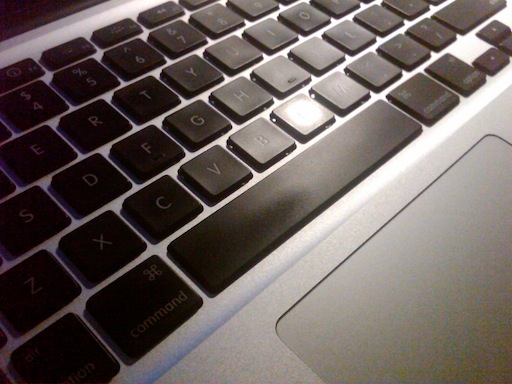 The same glossy wear can be found in the pictures of my wife’s MacBook Core 2 Duo below.  Although the keys are white, they still suffer from the same buffed appearance.  The brightness of the light is captured in the gloss. 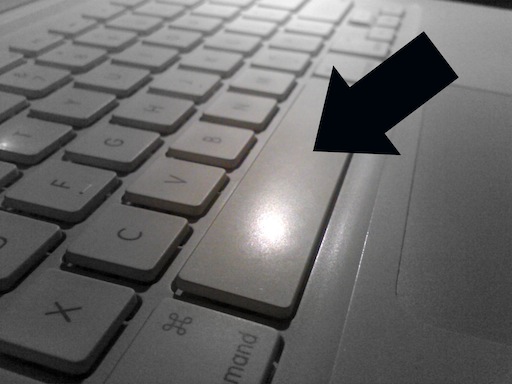 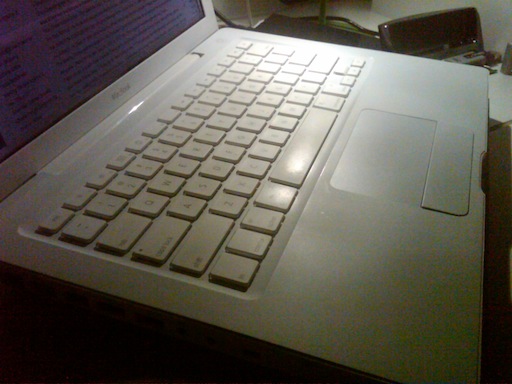 Anyone else dealing with the gloss monster on your MacBook products?