The Momentus 5400 PSD (Power Saving Drive) hybrid hard drive, is the first hybrid drive from Seagate. Already available in a few notebooks, the Momentus 5400 PSD uses 256MB of flash memory to provide quicker access to data that can improve user experience and reduce the amount of time the drive’s platters spin. The drive is available in 80GB, 120GB and 160GB capacities.

While thereÃƒÆ’Ã‚¢Ãƒ¢Ã¢â‚¬Å¡Ã‚¬Ãƒ¢Ã¢â‚¬Å¾Ã‚¢s been a lot of recent buzz about Solid State Drives, Seagate views SSD as a niche product for those willing to pay a stiff premium. Seagate projects that the average notebook will cost between $500 and $900 by 2009, forcing OEMs to seek cheaper components, and avoiding costly SSD drives for mass market computers. 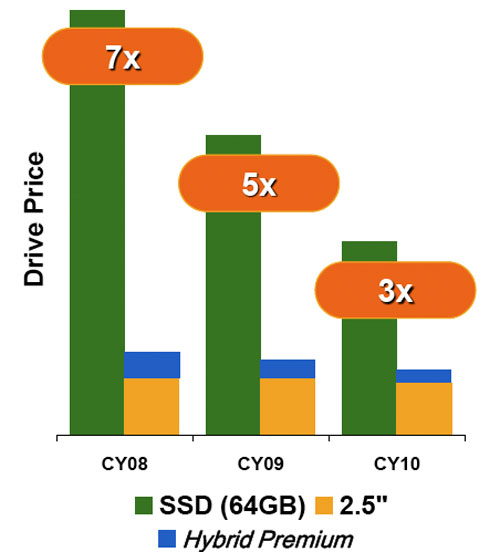 Some industry experts have questioned if there will be noticeable performance boosts compared to traditional hard drives, especially those with small flash memory modules.

The Momentus 5400 PSD is the beginning of the companyÃƒÆ’Ã‚¢Ãƒ¢Ã¢â‚¬Å¡Ã‚¬Ãƒ¢Ã¢â‚¬Å¾Ã‚¢s hybrid campaign and flash memory capacities will grow over time.

According to Seagate, four major OEMs have placed orders for hybrid drives, and are in talks with several others. The OEMs are paying a 15% to 30% premium for hybrid drives compared to standard hard drives. 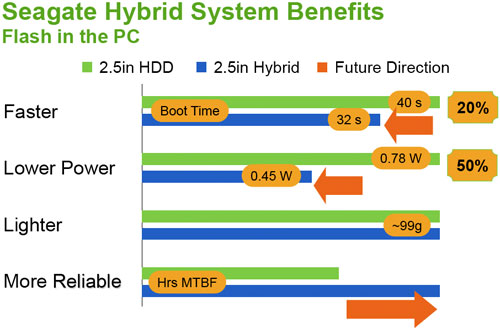