Apple has recently started to offer free MacBook repair after widespread issues regarding the notebooks’ antiglare screen coating have surfaced.

Earlier this year, an issue regarding what appeared to be the delamination of the antiglare coating on recent Retina MacBook Pros started to crop up in support circles around the internet. Popularly named Staingate, the problem has seen more than 6,000 people register at Staingate.org, with nearly 4,200 joining a Facebook group devoted to getting Apple to repair the affected computers. 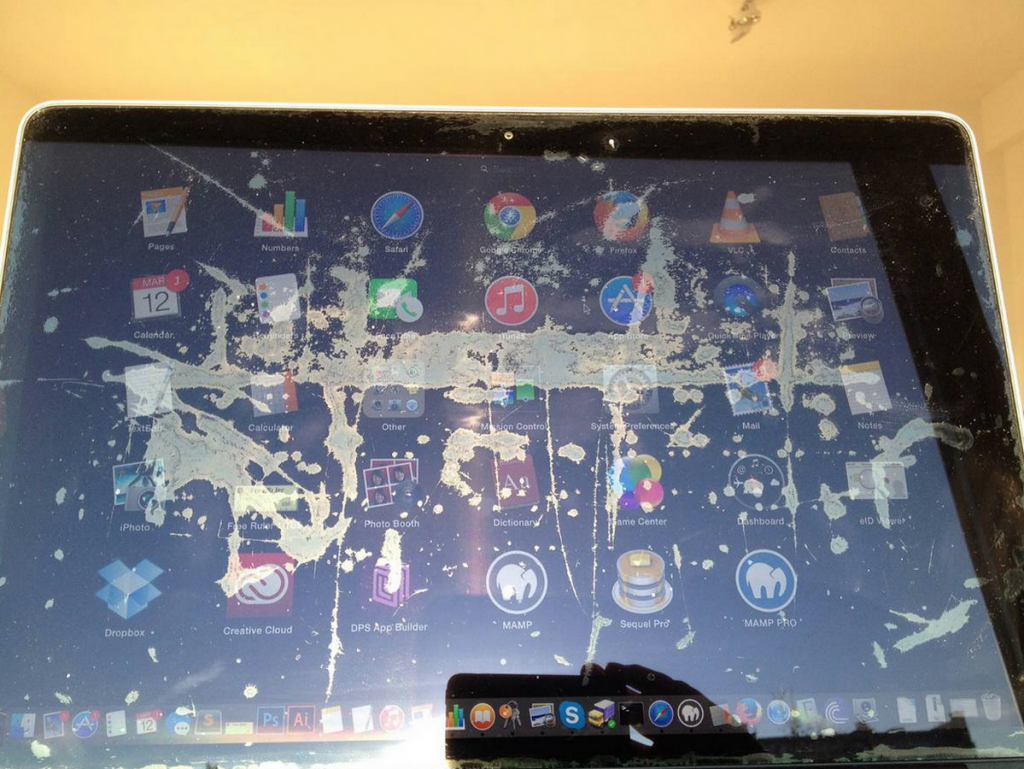 A MacBook Pro with the delamination issue – from Staingate.org.

Possibly because the number of affected customers is small compared to the number of MacBooks sold, Apple has largely remained silent on the issue. Until now, MacBook owners suffering from the delamination problems have had mixed luck getting their screens fixed by going to a Genius Bar or Apple Authorized Service Provider (AASP).

Posts on the Facebook group claim that the issue goes all the way back to when the MacBook Pro with Retina Display was first introduced, in the middle of 2012 – but that the issue has persisted up through MacBooks purchased earlier this year.

Apple has yet to issue a public post about the screen replacement program, but internal bulletins have been issued to Apple Retail Stores / Genius Bars and AASPs confirming the issue and advising staff on how to deal with the repair. Any user with an afflicted MacBook can now have it replaced for free – parts and labor included.

Macrumors notes that the program will run for three years past the date of purchase, or for one year from October 16th, 2015, whichever is longer. That means that anyone can snag a replacement, even if AppleCare has long since expired. Prior Quality Programs (Apple’s official name for offering support for products affected by a particular issue) have offered some users refunds – if you had a MacBook Pro with screen coating delamination, and were forced to pay for a repair by Apple, contact Apple Support, as they may reimburse you.