The term 4K refers to a display’s resolution. A 4K display comes with four times as many pixels as a display with 1920×1080 resolution, also called a 1080p HD. A 4K display has 3850×2160 resolution. On these new systems the display will show 282 pixels per inch on 15.6-inch screens, making them extremely dense and therefore hopefully vivid enough for high quality photo, video and visual effects rendering. Also, serious movie enthusiasts will enjoy watching their 4K movies on a machine with this kind of resolution. Toshiba plans to calibrate the displays to make them extremely accurate for visual professionals. 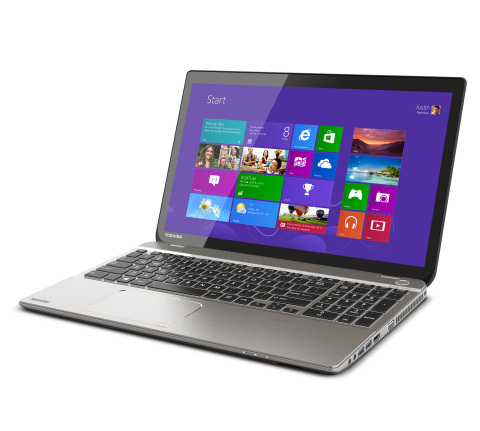 On the Tecra W50 the computer powers the display with a high-end NVIDIA Quadro K2100M GPU with 2GB of dedicated video RAM. Toshiba didn’t announce what video card they will use in the Satellite P50t, but at this resolution expect more than atypical Intel mobile integrated graphics solution. Expect a dedicated card like the W50 offers.

The W50 will weigh less than 6 pounds, making it a heavy system. We don’t yet know the weight of the consumer focused P50t. We do know that an Intel Core iX processor will power the machines. 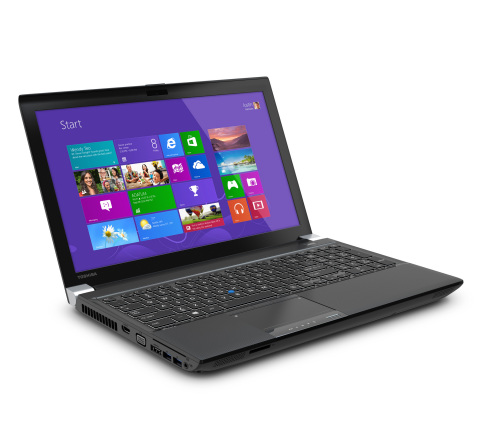 Consumers will enjoy the touchscreen that Toshiba plans to ship the Satellite P50t with. They don’t mention if the W50 will as come with touch as well. Windows 8.1 should always come with touch, since the tiled interface almost requires touch to enjoy.

Toshiba neglected to share pricing information, but expect these models to come in at higher prices than most machines with traditional high-end HD touch displays. A 4K display on a laptop must add a premium over the the best high-resolution 1080p machines available today on the Windows PC side of the laptop market. If they cost less than $1300-$2000 we’d be surprised. The machines will ship sometime in mid-2014.