Google’s Chromebooks may not have been a hit with the tech reviewers who dismissed the very idea of laptops that only work completely when connected to the Internet. That didn’t stop the notebooks from becoming a favorite for certain consumers. And they’re fun on a Virgin America flight (when the in-flight Wi-Fi works).

Another area where Chromebooks are increasing in popularity is education.

At the Florida Educational Technology Conference (FETC) ed-tech conference yesterday Google employees participated in a keynote roundtable where they discussed some of the school systems that use Chromebooks in the classroom. 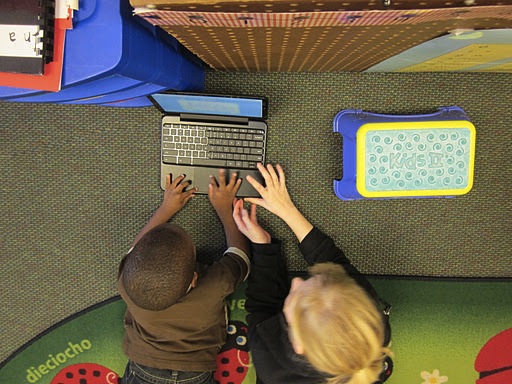 The three highlighted districts in Iowa, Illinois and South Carolina purchased enough of the laptops to provide one to each of their middle and/or high school students. Overall schools in 41 states employ Chromebooks in the classroom.

The very aspects of Chromebooks that made the digirati scratch their heads actually make them a great solution for schools. Education-based IT directors point out that the notebooks are far easier to set up than traditional machines, don’t require technical expertise to use or troubleshoot, and students don’t need to use a specific unit each time to access past work.

Tom Cranmer of Richland School District Two in South Carolina even claims that behavior issues have gone down thanks to how “compelling” the devices are.

Something to note about the school districts Google chose to highlight: they’re all small. They appear to have just two high schools and two middle schools and, even more importantly, look to be in affluent areas. I’m curious whether any of the school districts using Chromebooks serve underprivileged students and, if so, how great a positive effect it has on their learning.

Now that Google has evidence of the popularity and effectiveness of their experiment in the field of education, I hope they consider sponsoring some programs in districts that can’t afford to provide laptops on a 1-to-1 basis.