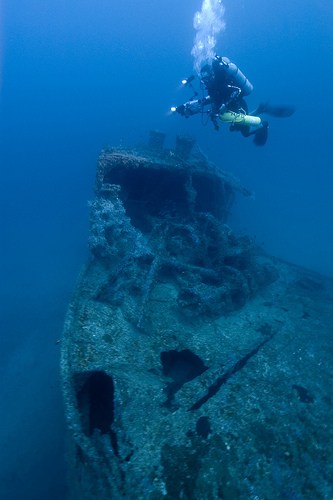 Students in Michigan are about to go on an amazing adventure with Sony VAIO notebooks and Intel Processors. Project Shiphunt has just been launched to bring a group of Michgan students together to look for sunken ships in the Great Lakes.

Project Shiphunt will take place at the NOAA’s Thunder Bay National Marine Sanctuary in Alpena Michigan, where the students will search for one of the numerous sunken ships which have met their demise in the Great Lakes.

This isn’t just a pretend search through the Great Lakes, according to the project announcement,

Students will learn skills to help them find and explore a shipwreck. Along the way, the students will have the chance to discover the vast, rich history of one of the world’s greatest waterways and learn how scientists document and preserve an irreplaceable site for future generations. The students will decide which shipwreck to search for and then put their VAIOs to work. A search for the students is currently underway and we will update you on the team once it’s assembled.

This is an incredibly cool project which is exploring a heavily trafficed waterway which likely claimed over 5,000 ships during the past several hundred years.

Even if you aren’t a teenager, this is a cool project. Unfortunately Sony and Intel aren’t inviting the general public to be a part fo the actual ship hunt, but you can play along with the virtual Project Shiphunt game which allows you to use Google Earth to explore sunken ships.