The Asus EeePad Transformer tablet and notebook was shown off back at CES 2011 and just launched officially in Taiwan, but don’t despair, the Android 3.0 HoneyComb powered tablet that can transform into a notebook is arriving at Best Buy in the U.S. soon and will start at just $399.

The Eee Pad Transformer has a 10.1″ IPS touchscreen display with a 1280×800 resolution and is powered by the NVIDIA Tegra 2 processor and 1GB of RAM. For storage there is a 16GB of onboard storage and access to ASUS WebStorage for a free year of additional unlimited storage. The EeePad comes with built in WiFi and Bluetooth 2.1 as well as allows for numerous connectivity options with a 4 in 1 card reader and two USB 2.0 ports. The Transformer also has a 1.2MP webcam for video chat and a 5.0 MP rear facing webcam for recording and taking snapshots. The tablet alone has a claimed 9.5 hours of battery life.

UPDATE: We are hearing that the Keyboard dock may retail for $150. Still a decent deal, but not as attractive to potential buyers as coming in at the same pricepoint as the iPad 2. 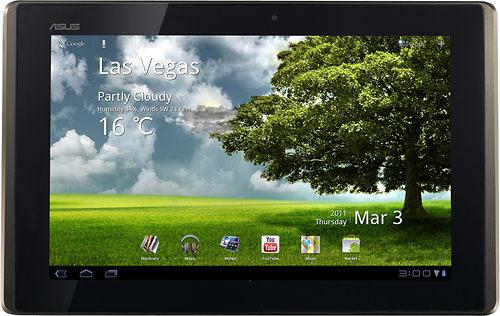 The Eee Pad Transformer is powered by Android 3.0 HoneyComb, the same operating system that runs the Motorola Xoom. The Android HoneyComb tablet operating system is still very young and doesn’t have the same number of apps that the iPad App store has, but it may fit the needs of some users off the bat thanks to access to the web for apps like Google Docs and more.

The Eee Pad Transformer may prove to be a good tablet choice for users that want a tablet, but also want a keyboard, and don’t want to spend the $599 that would be required to add a keyboard case like the ZaggMat iPad keyboard case to the iPad or iPad 2. 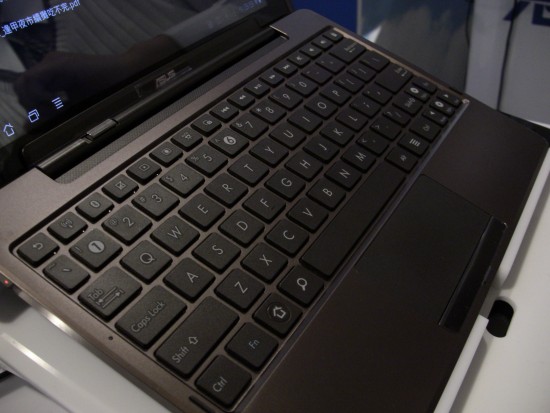 The Eee Pad Transformer keyboard dock has a chiclet style keyboard that looks about on par with a good netbook keyboard and has a mousepad built in for navigating. Additionally, you can use the touchscreen while it is docked.

The Eee Pad looks like it may do what other manufacturers are having trouble with, beating the iPad on price, even with the keyboard dock. Since this will be available at Best Buy, we may see more consumers looking at Android Tablets instead of netbooks and the iPad 2 pretty soon. 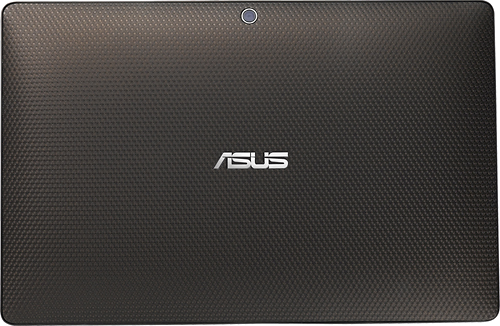 Best Buy and ASUS have not announced a U.S. release date, but we expect to see the Eee Pad Transformer hit Best Buy shelves within the next few weeks.