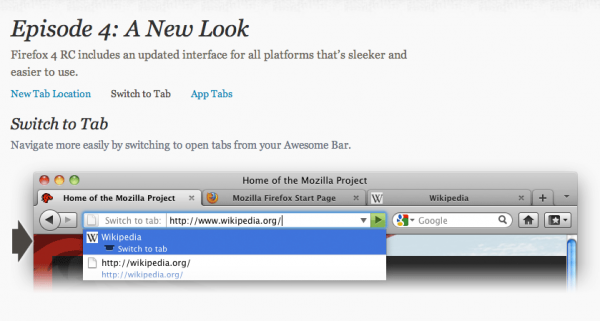 Mozilla has finally graduated its Firefox 4 browser out of beta and the Mac, Windows, and Linux edition of the popular Internet browser is now available as a release candidate in over 70 languages. The browser brings a new look and additional features, chief of which is faster speeds. With a new Javascript engine, Firefox 4 RC is faster than the beta editions and is up to 3 times faster when benchmarked with Sunspider. According to Mozilla, “From faster start up times and graphics rendering to improved page load speed, you’ll notice the difference instantly.”

Firefox 4 retains support for third-party add-ons and Mozilla says that about 70% of the add-ons from Firefox 3 are compatible with the new browser. Additionally, there are security improvements and broader support for HTML5 on the Internet, including compatibility with HD videos and Google’s WebM format.

You can visit Mozilla to download Firefox 4 for your system.