Google keeps pushing out new features for the Google Chrome browser, and the latest feature to make it to the Chrome Beta is Password Syncing, which along with extension and other syncing options can keep your Chrome user experience the same across multiple computers. On top of the password syncing Google has added a new way to interact with your user settings and speed improvements. 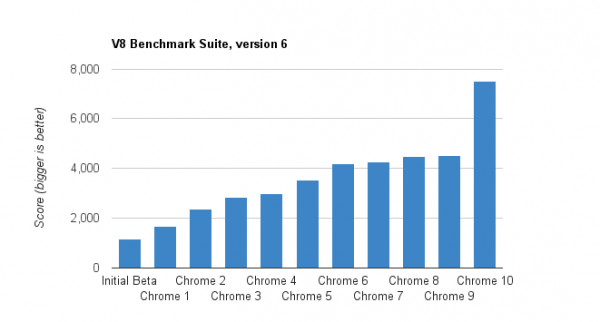 The speed improvements focus on Javascript, which Google calls, “as quick as a bunny” with a 66% increase in speed over the current stable version of Chrome.

Additionally this beta includes the first steps from Google to prepare Chrome to work with the recent Flash 10.2 Player update which allows the GPU to handle video in certain cases. This hardware acceleration with Flash 10.2 can provide up to an 80% reduction in CPU usage which means better battery life!

While users will appreciate these features, we expect that many will switch to the Chrome 10 Beta simply to get access to Password Syncing. Password Syncing is built right into Chrome 10 and protected with either your Google login or a passphrase of your choosing. There are no third party extensions to install. We really appreciate this feature since we have a large number of long and complex passwords to remember.

When users go to set up Password Sync they will also notice that the settings in Chrome has moved to a tab all its own. The settings are still in the familiar location, so you won’t need to go hunting, but it is a nice move from the separate small window.

These features are only available on the Chrome 10 Beta, which shouldn’t be used as your primary browser if you do mission critical work. For home users who are OK with the off chance of having a crash, the Beta is worth trying out. To install the Google Chrome Beta, visit the Beta download page and get started. To sync passwords you will need to install the beta on all the computers you want passwords to sync to.