Apple’s iLife ‘11 suite of content creation software has been updated. The updates are primarily for GarageBand and iMovie bringing their version numbers to 6.0.1 and 9.0.1 respectively. 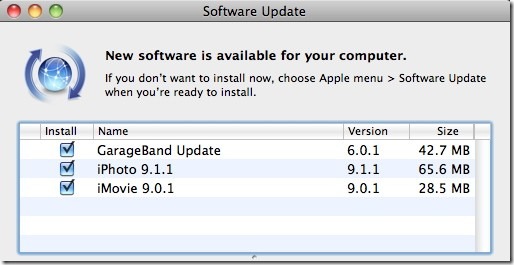 The GarageBand update is 42.7MB and includes the following improvements:

The fix for iMovie, which is 28.5MB, has the following improvements:

The above screen shot was taken on a machine that also required the December update to iPhoto which you can read about on our site.