iPhoto 9 is Updated with Better Email Tools And Other Updates

Apple has updated their popular iPhoto application for organizing and performing simple edits of image files to version 9.1.1. There are a number of improvements with three of them related to email support.

The email improvements include the ability to send photos using an external email application, attached photos can be resized to small, medium and large sizes and there are a couple of new email themes. 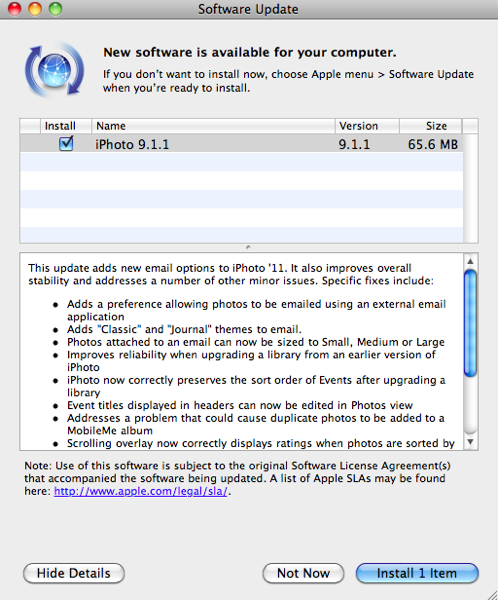 There are other improvements as well. Now when a user upgrades a photo library created in a previous version of iPhoto it will be less likely to be corrupted, something users complained about when the new version of iPhoto was released. You can read about the other updates from the list copied from the Software Update screen accessible via the Apple Menu on any Mac OS X computer.

This update adds new email options to iPhoto ’11. It also improves overall stability and addresses a number of other minor issues. Specific fixes include: