speedClock is an iPhone app that is now available for only $.99 and it promises to turn your iPhone into a virtual radar detector, according to Cult of Mac (via MacGasm). It works by asking the user to input some data and then viewing an object racing by in the frame of the iPhone’s camera. 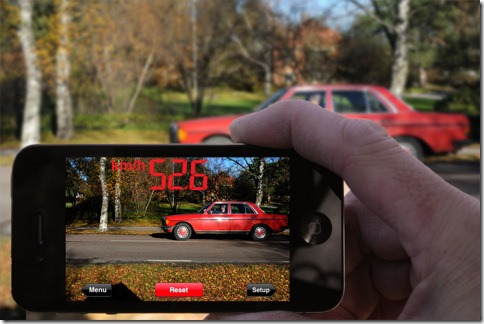 To clock an object you point the iPhone at the road at a fixed point. This is after telling the app certain data like height, distance, and other things. Then as the car whizzes by it will estimate the speed and show it almost immediately. 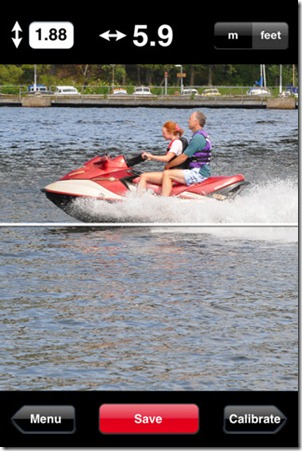 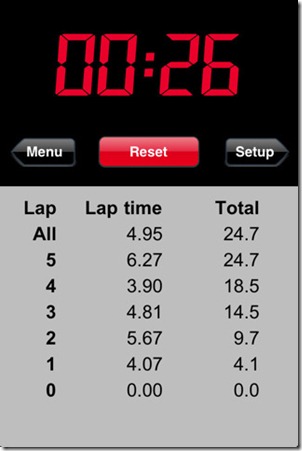 It can also do lap times as you see from the screen shot on the right above. The lap timer uses the motion of the measured object or person and starts the timer when it senses something passing through the scene. Then it stops the timer or adds a lap once it senses this again. This could be useful for a runner wanting to check times out on a track. 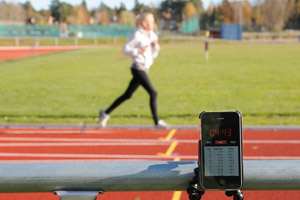 The app works in both meters and feet. There is a distance sensing tool that will estimate how far a point is from where the person holding the iPhone stands. Just hold it phone up and tell it how high up the phone is and point it at a fixed point off in the distance. The app estimates how far that spot is from where the phone is.

To learn more about the app, see the web site. Below is a video of the app performing its function.

Maybe people will begin setting up their very own private speed traps.