15-inch Notebooks Most Popular at Expense of Smaller Notebooks

Sales of 15-inch notebooks significantly outpaced all other sizes of notebooks in second quarter 2010 sales figures from DisplaySearch. The result is that some manufacturers, going where the dollars are, will not be shipping as many 13 and 14-inch models displeasing at least one observer. 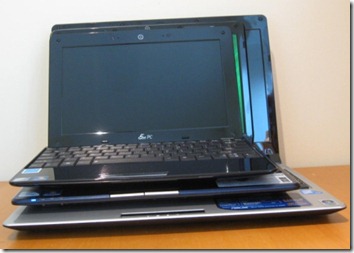 An article at Laptop Magazine hammers consumers calling them cluelessâ€ and asking, Notebook buyers, what are you thinking?â€ Instead of getting the more mobile and lighter models, consumers focus on what the author calls heavy clunkersâ€ buying them up and leading manufacturers to ignore the more attractive 13- and 14-inch notebooksâ€. He also said the 15-inch size is a form factor that no one needs.â€ 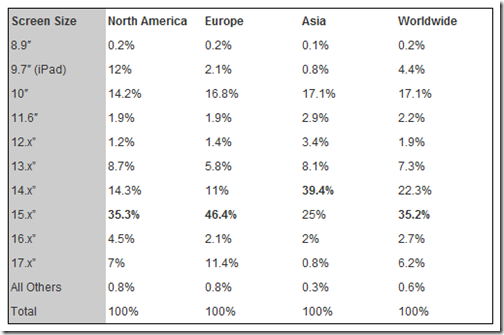 As you can see from the chart published by Laptop Magazine, the number of smaller form factor notebooks (12-14 inches since smaller are considered netbooks or tablets) is less than a quarter of the total. The models in the 15.x range alone trump the smaller sized models everywhere in the world except in Asia, where 14.x-inch models are nearly 40% of the total.

Larger screens require more power resulting in lower battery life. They are also heavy. Laptop Magazine has reviewed many such notebooks and the average weight is a hefty 6 pounds. 14-inch models weigh on average on ly 5 pounds and 13-inch are 4.4 pounds on average. 12 and 11-inch models average about 3.5 pounds.

The other problem is that the larger screen size is not resulting more screen real estate, measured in resolution. The following chart shows that the sweet spot is 1366×768 even though a larger 15-inch screen could do much more and still be readable. 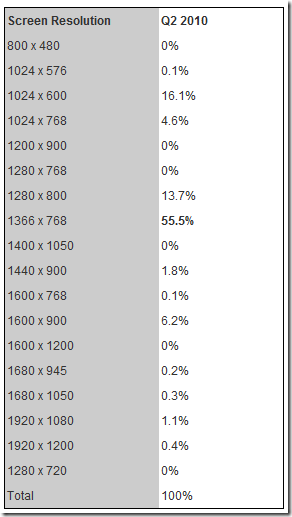 So why is this trend taking place? The main reason is that buyers don’t’ really want a portable. Sixty percent usually set their notebook on a desk and leave it there. Others are fooled into believing that if it’s bigger, then it is better ignoring other factors like battery life, heft and screen resolution. The sad result is that knowledgeable road warriors are stuck picking between far fewer models. Just walk into a Best Buy or office store and ask for a 13 or 14-inch notebook. There will not be that many amidst the sea of netbooks and 15-inch laptops.