The new Samsung QX410 is an extremely thin notebook with a 14-inch display and a chassis that is less than an inch thick. But the most interesting specs are the Optimus graphics and the long battery life.

The 14-inch display fills the lid with a small bezel around it for what Samsung calls edge-to-edgeâ€. It also has a resolution of 1366 x 768 for 720p HD video powered by NVIDIA’s Optimus graphics engine, which switches off when not in need. The dedicated GeForce 310M graphics chip with 512MB of dedicated RAM is perfect for those demanding activities like editing video or picture files and playing the latest games. The lower powered integrated Intel graphics system is for when all that power is not needed, like document creation, reading web pages or email, etc. It’s like having two video cards in one PC. 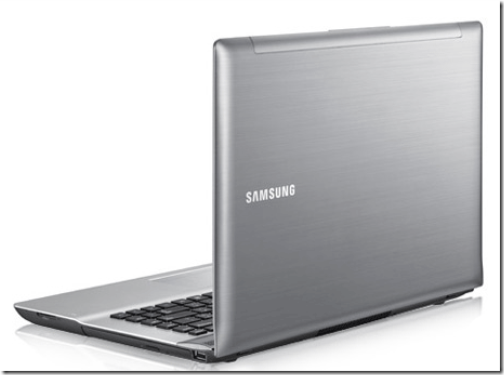 While watching DVDs, streaming video, or listening to music, owners of the 410 will enjoy Samsung’s True2Surround sound system. It promises to deliver very natural and realistic sound from the round speakers. The larger acoustic chambers provide a rich bass and clear spoken word through the SRS Premium Sound processing.

The battery in the QX410 is one of Samsung’s new lithium polymer batteries. Sure it can last up to an average of 7 hours on a single charge, but the company also claims that it will last for 1,000 charging cycles. A cycle is from full charge to fully depleted. The average battery begins to degrade after a year and half of use. Samsung claims that the QX410’s battery will last around 3 years — double the average. 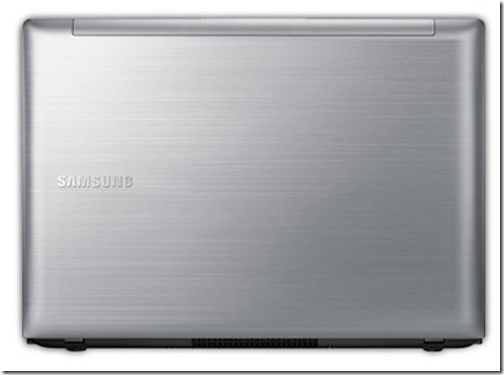 Along with the usual network connectivity like Wi-Fi and Ethernet, the QX410 will come with built-in WiMax for wireless Internet connectivity while away from home or the office.

The underpinnings of this system is an Intel Core i5-460M processor. Samsung adds to the QX410 4GB of DDR3 RAM and up to 640GB of hard drive space.

The QX410 has an attractive brushed aluminum case with black island or chicklet style black keys. In front of that keyboard is a unique buttonless easily configurable multi-function gesture padâ€ for input. Users will be able to use gestures to control the machine. The front of the pad has two areas for right and left mouse clicks in lieu of buttons.

Samsung will bundle their Easy File Share feature, which is a peer-to-peer file sharing tool. It allows users to trade files including pictures, video and music files over Wi-Fi. This works in tandem with any wireless computer. It also incorporates Samsung AllShare Technology, a tool for sending multimedia content over Wi-Fi to a Digital Living Network Alliance or DLNA enabled HDTV or mobile phone. With it users can watch videos, listen to music, or view slideshows from the computer on the DLNA device.

Fast Start is a Samsung exclusive feature which puts the notebook into a kind of sleep mode that saves power but allows users to load their previous work session on the QX410 in just a few seconds. 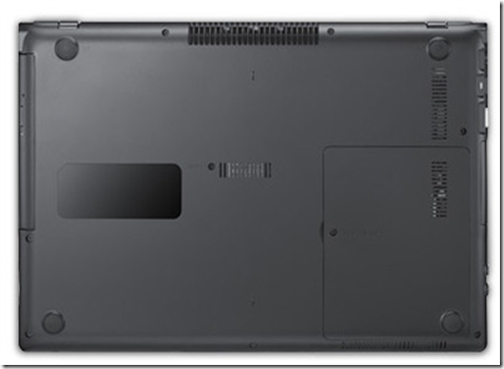