Acer is updating its one of its netbooks. That seems like an oft repeated phrase around here, but this one is special because of  the processor.

Very much like their previously released D260 with the in-your-face branding, the Acer Aspire One D255 adds a new dual-core Atom N550 processor running at 1.5GHz. That’s right, the update has a lower model number for some reason. Of course these numbers  mean very little.

According to Netbooks Review, the Acer Aspire One D255 is the first netbook with the new processor. Another difference between this model and the D260 is finish; there are no “chrome elements and glass splitter like ‘flake’ design,” says Macles, the original source.

The result of the new processor (previously only found in desktop and nettop models) is faster performance on multi-threaded applications, but potentially slower performance on software that doesn’t take use of the dual-core. This is because the processor has a slower clock speed in order to give it two cores.

Two slower cores are faster than a single faster core, if a program knows there are two cores. It it doesn’t, it will only use one of the cores at a slower clock speed, thus pulling down the performance. Also, the Atom processor doesn’t have turbo boost, a feature that lets the processor go into a computer version of overdrive when serious processor intensive tasks are being performed, like photo and video processing. Of course this is not a problem for just this Atom processor, but all Atom processors. We may never see the feature in the Atom design since Intel has to cut corners somewhere to give us these lower priced processors. 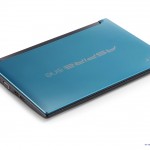 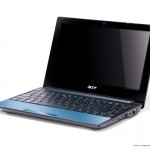 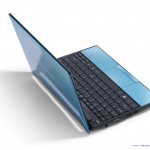 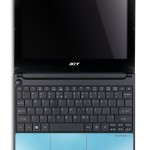 The other specs for the D255 include the following:

There is no word on pricing or availability at this time.