Any news is good news with the Apple iPad? 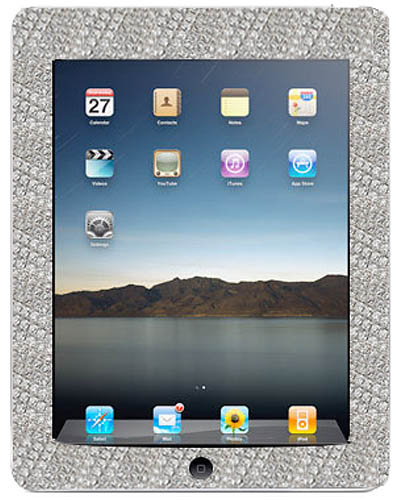 There is no doubt in anyone’s mind that the Apple iPad is a success.  According to all the figures I have read so far, its estimated that they have sold around 450,000 iPads, which is essentially their first run.  Best Buy is sold out and waiting on new shipments. Apple’s stock price is at an all time high. Analysts are discussing driving the stock price even higher due to these sales as well as what is predicted for the rest of the year.  The Apple iPad accessory market is booming with new products. Apple iPad apps are being created and released at an incredible rate. Back to school time as well as Christmas should be a good time for iPad sales all around.

Ok, good for Apple.  Way to go.  But what about the flipside?  Are there any problems with the wunderdevice?  Well, its been reported here about the WiFi issue and Apple’s thoughts on how to fix it.  And that is it.  There really isnt any other “bad” news about this device.  There is the usual “I wish it had x” posts, but that is normal with any device. There is the typical “I wish this app did x better now that I have this.”  There is also the “why isnt x supported?” Folks,  this is the reason why people wait for version 2.0.

Whenever Apple launches a new device or OS, the world loses its mind.  To paraphrase a friend, “Apple news is treated with such hyperbole by Apple and the media that is nuts.”  In case you didnt know, hyperbole means “obvious and intentional exaggeration.”  Apple exaggerate?  Nah!

The idea is that Apple loves this. They like the good and the bad publicity.  Many a PR agent has said that there is no such thing as bad publicity.  And, in Apple’s case, its right.

Take a look at this for example:  Over at the Mobile Gadgeter,  this is posted.  Joel is hinting at Apple iPads being returned.  While not big news, its now something to comment on.  People are already asking Joel to name his sources.  Or, the folks at Betanews have this posted.  Now we have names to put to returns.  But jeez, all this post does is feed the frenzy.

Has Apple created a device with no real purpose?  Are they creating a market that really doesnt need to be there?  Are they just hyping themselves once again? How are people supposed to justify this new device when it really doesnt fit into anyone’s lifestyle?  And at $500, is it just an overpriced toy?  Right now with the economy being the way it is, $500 can be used for much better things that a portable multimedia station.  But, its Apple…means we all have to have it.