Timeline of the iPhone in pictures 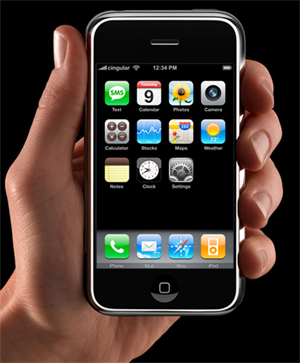 Well, its only a few hours until the iPhone 4.0 event.  There is a lot of anticipation in the air and on the Internet.  Everyone wants to know what is coming next?  What will the new “wow” factor for the iPhone be?  What changes will there be to the operating system?  What changes to the physical phone itself?

These announcements have been creating a buzz ever since the iPhone was introduced at the Macworld Conference & Expo on January 9, 2007, as the primary operating system of the iPhone, which was released in June of that year. Its amazing what has happened in only three years.

So Sherman, set the Notebooks.com wayback machine for viewing and lets take a look at the history and timeline of the iPhone, a pictorial view:

First, a timeline on the actual iPhone device, the announcements, etc al:

As for the iPhone operating system, here is the timeline on the versions and upgrades:

The current version of the iPhone OS is 3.13 on iPhones and iPod Touches.  The version on the new iPad is 3.2.  In some cases, the upgrade to the new OS version was free, in some cases, it was $10.  All upgrades are done via iTunes.

And, in case you were curious, here is a timeline of Apple devices, including the iPod/ iPod Touch and the iPad:

Timeline of Apple devices- From Wikipedia

Apple has been wowing the press, the pundits, the techies, and the consumers with their products for some time now.  And, with all the style and flair Steve Jobs can muster, Apple still will for years to come.