Win a Speck Case for your iPad, iPhone or MacBook – Five Winners

In general we are pretty big fans of the bags and cases that Speck makes. We took a look at the Speck Aft  backpack in January while at CES and more recently we have reviewed several iPad accessories including the Speck PixelPlus iPad screen protector, Speck CandyShell iPad case and the Speck PixeSleeve Plus iPad case. 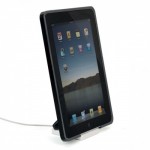 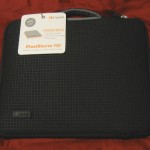 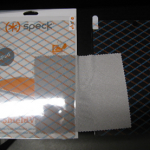 We were excited to hear that Speck is giving us five Speck cases to give away to Notebooks.com readers. Best of all, these aren’t just any Speck cases; the winners will be able to choose from any currently available Speck case so there’s no need to worry about winning a case that doesn’t fit a device you own

This contest is good for any currently available Speck case. This means you can choose from the SeeThru Satin iPhone 3Gs case, CandyShell for the iPod Touch or iPad, even a SeeThru case for the MacBook or almost any other case on the Speck site; but you can’t choose an ArtsProjekt, limited run case, a Speck bag, Speck Sleeve or a Speck screen protector.

To enter, you can leave a comment on this post telling us what case you would pick and for what device.

For an additional entry, you can tweet about the contest by including @notebookscom , the #speckcase hash tag and a link to this post. To win on Twitter you must be following @notebookscom so we can DM you.

For example: “Just entered to win a #speckcase for my iPad in the @notebookscom contest. Details – www.notebooks.com/go/speck”

The contest will run until midnight PST on Friday, May 21st  The winners will be notified via email or Twitter and provided with information to choose a Speck case for their device. Valid for US residents only, void where prohibited by local laws. Only 1 entry per Twitter user and only 1 comment entry per user will be counted for a total of 2 chances to win.