Ubuntu is Linux for the rest of us. It is simple to install and use. Despite that, not that many users are on board with estimates of 1-2% of all computer users running various Linux operating systems. But with the release of Ubuntu 10.04, there might be a few reasons to give it a try. It is currently in beta, so you may not want to install it on your primary computer.

The stable release will come on April 29 according to the Ubuntu web site. You can download a live DVD image to give it a try.  A live disc is one that lets you boot  up the OS and run it as if it were installed on your computer. It is a great way to try it out without installing it alongside or instead of whatever OS you have installed on your PC presently. Download the image file, burn it to a DVD, and then boot the computer with the disc. A second option is to create a bootable USB drive. 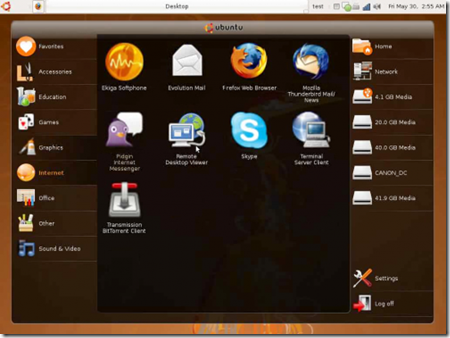 Some of the biggest changes are â€¦