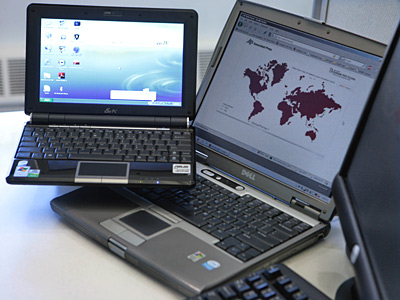 Netbooks were one of the hottest gifts this Christmas season.  Netbooks were a hot topic for 2009.  Netbooks have a long future says everyone in the technology industry.  But now, according to the BBC, experts are saying that netbooks have peaked and we need to look on to the next new idea/technology.

Many contemporary netbook models run Windows XP or Windows 7 which has forced the specifications, and price, upwards. Many, he said, now cost at least [$550], a figure close to that for a more capable full-size laptop.

What people are looking for now, he believes, is a machine that can keep up with the demands of contemporary web users – far more than the basic e-mail and web browsing that made the first models so appealing.

“As soon as you want to do anything else you hit the same problem, it ceases to work,” he said. “It does not have the power.”

Yes, the netbook has some limitations.  But, there is a new wave of more powerful processors, more RAM, better battery life, better audio and video capabilities coming in the next year. We are sure to see some of them at CES this year.

So, I don’t think netbooks are obsolete, we are are just dealing with generation 1.0.  Let’s see what generation 2.0 gives us.