When you’re used to living on the cutting edge of technology, it’s a rare feat that you find yourself appreciating anything old. In recent years we’ve all found ourselves moving in unison towards a future that blends multiple form factors. Everyone, it seems, has their phone that’s as big as a tablet. Windows PCs that have a suicide hinge and a touch screen for turning into a tablet are the norm.

But the Lenovo Y70 notebook is a throwback to what notebooks used to be.

It’s a beefy, bulky slab of a gaming machine and the antithesis of everything we’ve come to expect from the computing space. Whereas other notebooks are getting cheaper, the Lenovo Y70 is high-end; it costs $1,399 directly from Leonvo. It’s not thin and it’s barely portable.

And that doesn’t mean it’s not the best Windows laptops you can buy.

Aesthetics are the hallmark of a great Windows notebook. Chances are, if a manufacturer has paid attention to how their machine looks, they’ve kept an eye on all the other details.

The Lenovo Y70 is a giant black box. Like other laptops that share its Y designation, the Lenovo Y70 mixes metal, plastic plus red and black accents into one cohesive package. This notebook is a direct contradiction to my earlier statement. It doesn’t look like Lenovo’s designers spent too much time focusing on angles and shapes on this machine, but it its clear they paid attention to every single detail that matters to gamers and entertainment lovers.

The top and bottom of the Lenovo Y70 Touch are covered in metal.

That metal encapsulates the internals of the Lenovo Y70. It covers the top and the bottom and lends the machine a high-end feel. Angles on the lid and a Lenovo logo are about the only interesting flourishes on its top. On the bottom are fan slots and a large circular sub-woofer. Connectivity ports for USB and more sit on the left and right edges of the Lenovo Y70.

Opening the Lenovo Y70 reveals its absolutely huge 17.3-inch display high-definition display with gloss. A large border surrounds the area around the display, but because the screen is glossy the bezel isn’t a distraction like it is on some other notebooks in the Lenovo Y series. A webcam sits just above the display and another Lenovo logo sits below.

The keyboard deck has two speakers that sit on the left and right of the hinge that support the massive display. They’re painted in black and red to match the full-size island style keyboard that glows in red when backlighting is on. A single button trackpad sits below that. It’s set a bit into the Lenovo Y70’s body so that users instinctively know when their finger has arrived at the trackpad’ border.

Tapered edges cut into the palm a bit when you’re typing but the help the Lenovo Y70 feel a bit slimmer when you pick it up. Speaking of which, you won’t be picking up the Lenovo Y70 with one hand. It’s 7.5 pounds and as thick as a college text-book. We’re talking 1-inch from top to bottom and 11 inches from the front of the notebook to its speaker grills in the back.

At $1,399 you might have guessed that the Lenovo Y70 is no slouch. It definitely isn’t.

A fourth generation Intel Core i7 Processor comes in all three Lenovo Y70 models offered on Lenovo’s website. The base model is backed up by 8GB of RAM and an NVIDIA GeFore GTX 860M graphics card with 2GB of GDDR5 RAM dedicated to rendering graphics.

Games and the operating system itself are stored on a hybrid hard drive in the base model. More expensive models include a 512GB Solid State Drive. This hybrid drive gives users the best of both words when it comes to storage. The Lenovo Y70 boots quickly like devices that rely on Solid State Drives. That being said, the 1TB of regular hard drive space Lenovo provides is enough to store any game — even if it’s ridiculously large.

Yes, that’s a lot of proverbial firepower to play games with, but they make the Lenovo Y70 great at everything. Video editing, word processing; the Lenovo Y70 excels at every task.

Some of the ports on the Lenovo Y70 Touch.

Ports and connectivity wise the Lenovo Y70 is well stocked. There’s an integrated microphone, a 2-in-1 media card reader for copy media from a camera, HDMI out, SPDIF audio out for connecting to audio accessories. A dedicated audio combo jack lets gamers use their Xbox One and PS4 headsets to voice chat with friends. Anyone who has a pair of EarPod headphones from Apple will find this useful too. Finally there are three USB ports. One is USB 2.0 and the other two are faster USB 3.0 ports. Those USB 3.0 ports come in handy when transferring information or syncing a phone. Bluetooth 4.0 and 802.11 AC wireless internet connectivity are present.

The keyboards in most laptops have gotten better. I still find the Lenovo keyboards to be the best. They’re sturdy enough that when you press them you feel like you’re doing something substantial. Other the other hand, each one feels so plush. As a writer I mash keys daily and find myself having to stop writing because of pains at the tip of my fingers. I haven’t had to stop writing because of those pains since I started using the Lenovo Y70 at my desk. That’s absolutely great news for gamers, who’ll rely on pressing keys instead of an external controller for playing their favorite games. It helps that Lenovo gets the spacing in between each key just right.

The number pad and trackpad worked well. The trackpad’s surface is nice and slick the way most gamers and notebook buyers will like. It’s also a bit too sensitive. It can be adjusted, though.

When companies are shrinking noteboks to turn into convertibles and tablets, the first thing that suffers is the speakers. The Lenovo Y70 is the poster child for what happens when you focus on sound. The dual speakers and subwoofer are an absolute dream. Forget filling a room, the Lenovo Y70 could fill a gymnasium. Every note, every tune sounds absolutely breath-taking. The 17.3-inch 1080p display is breath-taking also. That there’s touch for those who want to interact with on-screen elements is great, though it’s really only meant for a bit of light navigation.

Every Lenovo Y70 Touch notebook comes with an external DVD drive too. That’s big for those who have large collections of older games they aren’t willing to repurchase digitally.

Lenovo rates the Lenovo Y70 at 5 hours. Obviously, those battery estimates don’t include gaming and anything that taxes the processor and graphics card.

The column to the far right are just some of the apps the Lenovo Y70 Touch comes with.

I’ve often chided Lenovo for including way too many software enhancements in their machines. The Lenovo Y70 is no different, I’m afraid. There are some useful utilities. Veriface is great if you want to sign into the notebook by looking at it. I take issue with the other stuff. Photo Director, Evernote, Kindle, Zinio and more are installed by default. The eight different Lenovo-made apps are a bit much. Especially, the Karaoke app. Ditching them is easy, but it’ll also be time-consuming and they’ll come back if you ever have to restore the Lenovo Y70 back to factory settings.

How is Gaming on the Lenovo Y70?

Star Trek Online and Star Wars: The Old Republic simply shined on the Lenovo Y70. Ever detail was visible in Star Trek Online. I could see the sunlight reflecting off a single star onto my ship. I turned on every graphical effect and still couldn’t get the Lenovo Y70 to turn on a loud fan.

All that power, screen real estate and terrific sound quality had me playing for hours. It was the best experience I’ve ever had PC gaming. Sure, it’s bulky and unattractive. When you’re gaming you care about visuals, sound and how each key feels under your fingers. Gamers can rest assured, the Lenovo Y70 is amazing gaming machine.

I represent the modern PC user and gamer. I get work done on a thin and light Surface Pro 3. I game on an Xbox One. The Lenovo Y70 had me wishing I’d taken another path.

The machine is big and not that great to look at. Even as a guy who cares about portability and looks I don’t care. PC gaming and being productive doesn’t get any better than what I experienced with the Lenovo Y70. If you are in the market for a gaming PC and portability isn’t a concern I can’t recommend the Lenovo Y70 enough. Just make sure you buy a big enough bag to tote the system in. 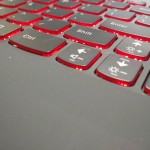 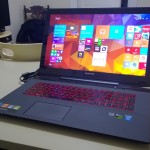 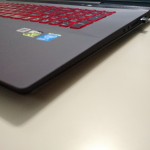 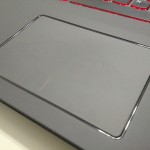 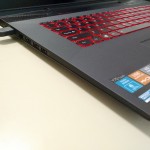 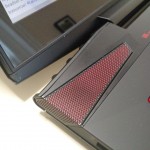 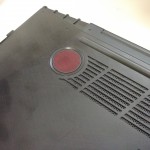 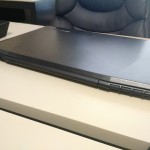 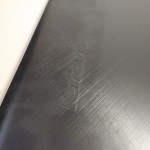 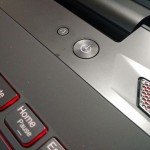 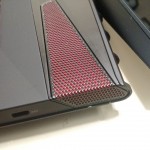