Samsung announced the Series 7 Chronos ahead of CES 2103, showing off the latest update to the powerful Chronos line of notebooks, which will officially take the stage at CES 2013.

Like the previous Chronos notebooks, the Series 7 Chronos notebook for 2013 packs in the power. Look for a quad-core Intel Core i7 processor paired with up to 16GB of RAM and an AMD Radeon HD 8870M GPU with 2GB RAM. Combined, this notebook should be able to handle most tasks users throw at it. 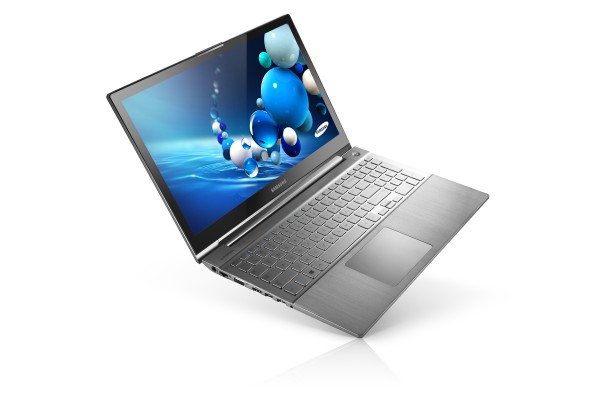 The Series 7 Chronos features a 15.6-inch touch screen display capable of handling 10-finger multi-touch. The display is 1080P, for a premium movie and gaming experience and is rated at 300 nit brightness. The notebook features JBL speakers with a virtual woofer and SoundAlive sound technology to enhance the audio.

The touchscreen does not swivel or transform into a tablet, but users will find a touchscreen essential on Windows 8.

The Series 7 Chronos runs Windows 8, so users are able to take advantage of the touch screen. The notebook includes a 720P webcam, 2 USB 3.0, 2 USB 2.0, HDMI and VGA connectivity. There is also an Ethernet port and an SD card slot. The notebook features a backlit keyboard. The notebook is available with up to 1TB of storage.

Samsung claims the new RAMaccelerator software on the Series 7 Chronos delivers a 150% increase in speed for browsing and running apps by using existing memory.

Samsung claims the notebook will deliver 11 hours of battery life, but based on the performance of other Windows 8 notebooks, expect 70-80% of this claim in real life.

Samsung will announce the Series 7 Chronos at CES 2013 next week alongside the Series 7 Ultra, a new Ultrabook from Samsung with an optional touchscreen.

No pricing or availability are available for the Samsung Series 7 Chronos.