For people who don’t want to use Microsoft Office or can’t afford it, a possible alternative comes in the form of Softmaker Office 2012. The standard version costs only $79.95 and after tests it seems extremely compatible and capable of replacing Microsoft’s ubiquitous office suite. The pro version is $99.95. The company also offers versions for Linux and Android mobile devices, though the user interface won’t win any design awards.

Here’s the list of applications included in the full pro version:

In TextMaker the Sidebar offers quick navigation of long documents. It displays the document’s list of sections, headings or font changes. 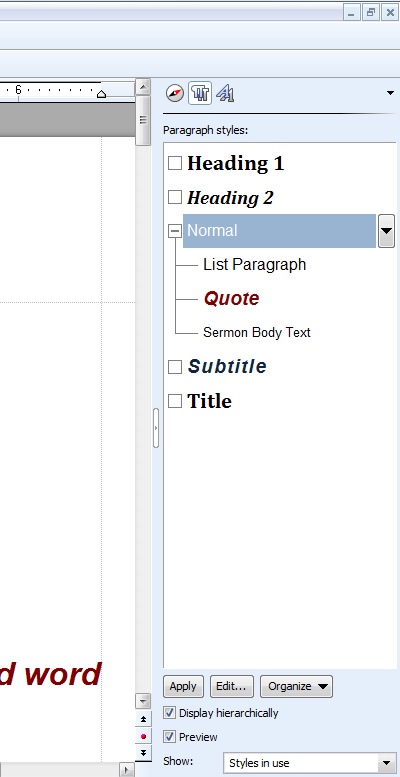 Note the headings in the list above. It comes from a short Word 2011 document that I loaded. TextMaker handled the document and all its formatting perfectly. It wasn’t a complex document, but TextMaker experienced no problems translating to and from Word format.

TextMaker offers a small sample of Templates to use, but nothing like Microsoft Office. Also the button bar and dialogue boxes look a little flat and resemble an old Windows 3.1 look. That’s an issue for all of the applications. 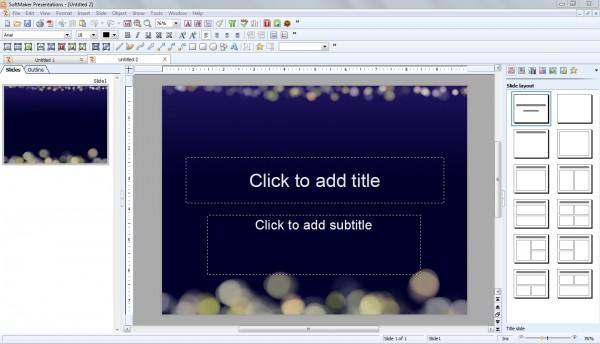 For 2012 SoftMaker added the ability to play a sound that continues after moving to the next slide. That helps when making photo slide shows with a musical background.

Like the other two apps Plan Maker opens MS Office Excel files without any problem and offers all the main features of Excel. It didn’t get an extensive test since I don’t do a lot of number crunching, but the app handled simple spreadsheets easily. 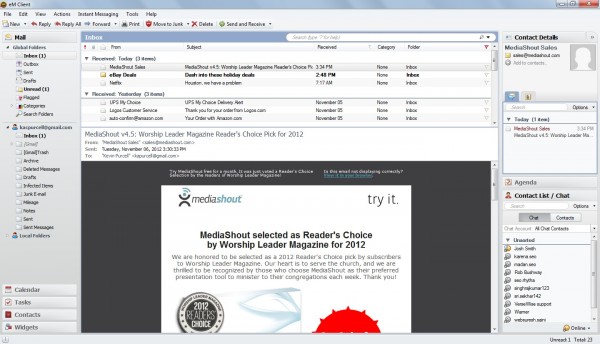 The Outlook clone, eM Client, looks just like a retro version of MS Outlook. After plugging in Gmail credentials the program balked. It returned a few unexplained error messages. After dismissing them the email features worked fine. It didn’t handle Gmail contacts or Tasks very well, though. None of my contacts showed up in the list nor did any Tasks. eM Client integrates Google Talk chat, and that works.

What SoftMaker Office lacks in glitz and shine, it makes up for in basic office suite ability. However, the suite doesn’t give the user anything more than the free office alternative OpenOffice.org doesn’t already do. If you’re interested, give the free trial a test and decide if it’s worth the $79.95 or $99.95 for the pro version.