The Griffin TechSafe Universal Cable Lock bills itself as a way to secure your laptop, even if it does not have the more traditional Kensington lock that most PCs use for security while out in public. Unfortunately, even though they call it “universal,” of the three notebooks I tried it with it only worked with one – the MacBook Pro. It did not work with my MacBook Air or a Toshiba Satellite L745 that I’m reviewing. However, it worked well on the MacBook Pro, and I think it would deter a would-be thief from swiping my computer while I use it out in public.

The TechSafe Cable Lock has dial number combination locking system, like those you find on bike locks, connected to a very heavy steel cable that they coated with a hard rubber to make it smooth. You feed the cable around something heavy like a large table leg and fish the locking mechanism through a large eye at the end opposite the cable lock. The system comes with three metal clamps that you feed between the laptop’s lid and body.

The lock fastens to the clamp when you push the button to reveal a hook that grabs the end of the clamp as it protrudes from the back of the laptop. Release the button and the lock pulls the hook attached to the clamp inside the large metal lock.

Scramble the combination to set the lock. 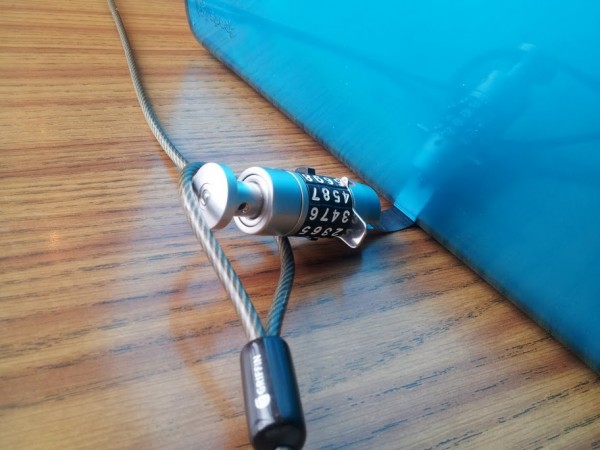 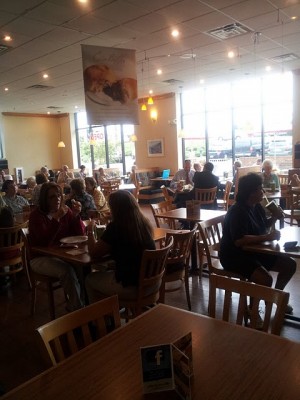 I often use my computer at an Atlanta Break Company nearby. I’m nervous about leaving my computer to use the restroom or to get up and grab a refill of my Diet Pepsi. I also hate having to pack everything up just for a quick pitstop. The TechSafe Cable Lock would make a thief think twice before trying to steal your laptop.

No cable lock or Kensington lock will keep a determined thief with enough time and opportunity from stealing a laptop. But a device like the TechSafe Cable Lock will make them think twice and delay them enough to protect your computer.

The system seems to work well with those computers that are compatible. The cable won’t be cut easily. The lock system feels sturdy enough to do its job. My son claims to have seen a YouTube video on how to crack the combination on a lock like this. The good news I tried his system and it didn’t work! +1 for Griffin!

Unfortunately, as I said above, the TechSafe Cable Lock doesn’t work with two of the three laptops I tested it on. The company’s description makes it clear that the system won’t work with a MacBook Air. However, they list almost every other manufacturer saying:

It lists Toshiba, but I know that the Toshiba Satellite L745 I tested it with didn’t work. You can see that in the video review above. The reason? The gap between the lid and body of the computer is too wide for the metal clamp to stay in place if a thief grabs it and pulls even slightly. You will have to test it out on your system. Look at the gap between the lid and body. If yours is wide, find another solution or don’t leave your computer unattended, which is actually good advice no matter what.

If you have a MacBook or MacBook Pro I can assure you this will work and work well. It may be compatible with other computers that have a narrow space between the lid and body. 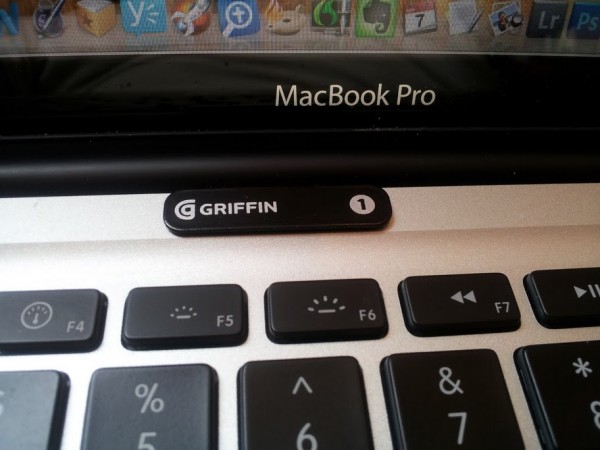 Cost and an Optional Accessory

The Griffin TechSafe Cable Lock costs $29.99 directly from Griffin. If you find that it will work with your system, then you might also want to try out the TechSafe Locking Security Clamp, which clamps to a table and has a place where you can run the cable from the Cable Lock to secure it. It costs $19.99, but is currently out of stock from Griffin.