Notebooks.com and GottaBeMobile have been on the ground at CTIA 2011, scouring the booths and announcements to find the best smartphones and tablets that will be arriving on carriers near you. This year was a big year or AT&T which bought T-Mobile, but it was also a big year for Android with a collection of new phones and devices that take home awards as the Best of CTIA 2011. 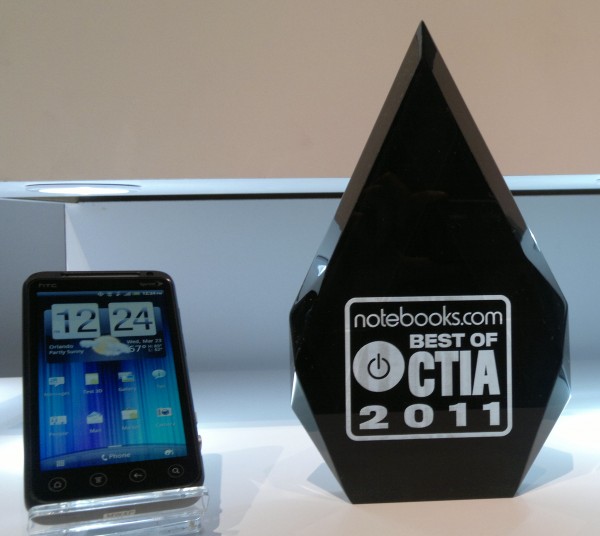 The HTC EVO 3D smartphone is a new dual core 1.2GHz Snapdrgaon powered smartphone that brings glasses free 3D to your pocket. The EVO 3D has a 4.3″ qHD display and runs Android 2.3 with a new HTC Sense UI. The 3D smartphone has 1GB RAM and comes with 4GB internal storage and a MicroSD card. All of this comes with access to the speedy Sprint 4G network.

The HTC EVO 3D isn’t just for watching 3D, the dual 5MP rear facing webcams that allow you to record your own 3D movies for playback on the device or on YouTube.

For the sheer collection of features, bringing 3D to your pocket and to your home movies we’ve chosen this powerful smart phone as the Best Smartphone of CTIA

The HTC EVO View 4G is powered by a single-core 1.5GHz Qualcomm Snapdragon Processor and will have 32GB internal memory, 1GB RAM and a microSD card slot for additional space. This new Android tablet comes with the ability to write on the screen for digital note taking and access to the Android marketplace.

As a 7-inch tablet, this Android powered device caught our attention with the ability to write on the display and 4G network access. For the overall package, we have named the HTC EVO View 4G as the Best Tablet of CTIA.

The Kyocera Echo is a new 4G smartphone coming to Sprint in April with a new twist on the smartphone, dual screens. The Echo looks like a Nintendo DS< but the Android smartphone has a collection of uses that allow you to use the combined displays as one, or to use a different app on each display.

Kyocera is taking a chance on something new, and for users who want to email or write something while looking at a webpage or some other app, this is the smartphone for you. Kyocera is working with developers to make more apps capable of handling the Simul-tasking feature.

For the unique capabilities, we have chosen the Kyocera Echo as the best Multitasking and simultasking Smartphone of CTIA 2011. 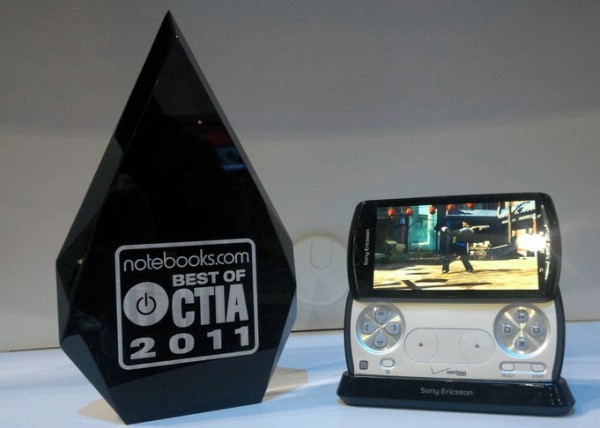 If you want to game on Android, you need to feast your eyes on the Sony Xperia Play, an Android 2.3 powered smartphone coming to Verizon with access to Sony Playstation games and a slide out Playstation controller.

This smartphone was announced at MWC, but with more time at CTIA 2011 we have chosen to award the Sony Xperia Play with the Best Gaming Smartphone of CTIA 2011. If you’re looking to game on the go, you should wait for the Xperia Play to arrive on Verizon.

The Nokia Astound is a new budget smartphone that is hitting T-Mobile alongside a data plan that starts at $10 a month for 200MB. The Nokia Astound has an ARM 680Mhz processor and 256MB of RAM and runs Symbian^3. The Astound also has WiFi and access to Symbian apps.

Because of the AMOLED display, access to apps, a browser and the affordable starting data plan price we’ve named the $80 Nokia Astound as the Best Affordable Smartphone of CTIA.