Creating realistic art on the Apple iPad just got easier thanks to the availability of the Nomad Brush for the iPad. The brush is a capacitive stylus with an actual brush on the end to allow artists to make lifelike brush strokes in painting apps. The Nomad Brush is created with capacitive fibers making the tip feel just like an actual painting brush. 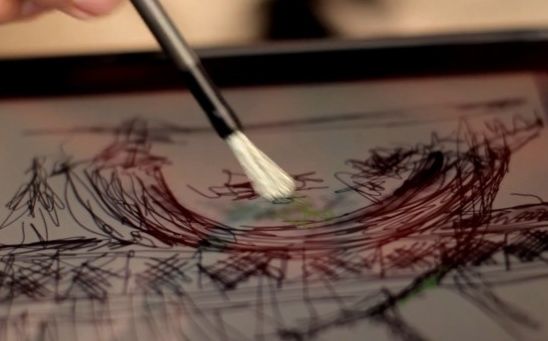 Artist and architect Don Lee designed the Nomad Brush. His invention will help artists work on any device that has a capacitive touch screen, like the iPad, iPhone, iPod Touch or one of the many Android tablets that are forthcoming or recently released, like the Samsung Galaxy Tab and probably the Motorola Xoom.

Lee says the brush has an “extremely responsive” feel to it. He added that this makes “… brushstrokes immediate and effortless…” when used on any of the supported devices. Below is a video of the brush in action.

The Nomad Brush is $24 when ordered directly from the company’s online store.