Lenovo has announced a new version of the the W series mobile workstation, the ThinkPad W520 which comes with a wide array of features designed to meet the demands of high need business users who don’t want to sacrifice power while on the road. The W520 notebook announcement is part of the ThinkPad 2011 refresh including the T and L Series.

As a mobile workstation the W520 is able to be configured with high end options. Notably the ThinkPad W520 can be configured with the Intel Core i7-2920XM 2.5GHz Second Gen Intel Core i processor, up to 32GB RAM, up to a 500GB 7200RPM hard drive or 160GB SSD. The Graphics options include up to the NVIDIA QUADRO 2000M 2GB VRAM GPU. There are numerous options for WiMax, WiFi and cellular connectivity.

Other enhancements include fast booting options with Lenovo RapidDrive and the ability to run on TurboBoost longer thanks to TurboBoost+ which allows Lenovo notebooks to stay in TurboBoost mode for extended periods.

On top of the newest options, the ThinkPad W520 comes with numerous features that set it apart including an optional industry first integrated color calibrator. The W520 is also Milspec tested for ruggedness, allowing for use in a harsher environment.

Other new enhancements include the ability to dial in voice chat to either one user or to listen to all users in conference mode, and the W520 also comes with keyboard noise suppression so that you can take notes while on a video chat.

The W520 can be closed up for the walk form one room to another without losing the WiFi connection and IT admins will appreciate the interoperability between W, T and L series ThinkPads.

The ThinkPad W520 battery life varies with configurations, but with the standard 9-cell battery the life can range from 8.9 hours up to 10.7 hours. The W520 can make use of the T Series Slice Battery to extend the battery life greatly.

The Lenovo ThinkPad W520 will be available on March 29th with a starting price of $1,329 along with the rest of the ThinkPad T, ThinkPad L and ThinkPad W lines. 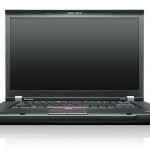 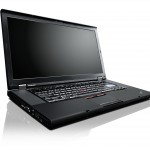 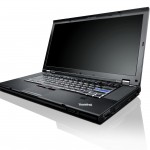 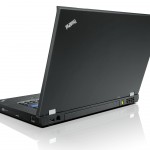 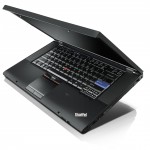 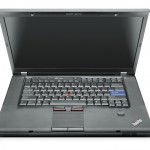 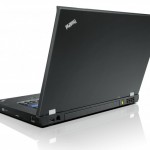