Officials in California at the Anaheim Union High School District are turning to turning to GPS tracking technology to help curb truancy and boost attendance performance in local schools. Students with 4 or more unexcused absenses per academic year are now assigned a dedicated handheld GPS device and they must check-in at pre-set intervals several times a day in a pilot program that aims to help students attend classes regularly. The total cost of the technology at approximately $8 a day begs the question if assigning students a smartphone–many of which comes with Internet connectivity and GPS access built-in, would be cheaper than the dedicated GPS device that the Anaheim, California school district uses.

Per the check-in program, the local OC Register is describing the process as such:

Each morning on schooldays, they get an automated phone call reminding them that they need to get to school on time.

Then, five times a day, they are required to enter a code that tracks their locations – as they leave for school, when they arrive at school, at lunchtime, when they leave school and at 8 p.m.

The students are also assigned an adult coach who calls them at least three times a week to see how they are doing and help them find effective ways to make sure they get to class on time. 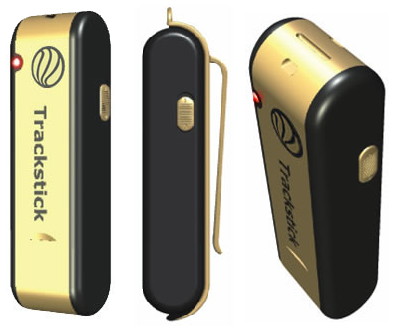 All of the different components of the check-in pilot program can be performed on a smartphone, and often times for cheaper than the $8 per day pilot program. Additionally with smartphones being experimented in various educational settings for integration into lesson plans, smartphones like those running iOS and Android could deliver added values for students when used in the right manner and provide students with first-hand interaction with technology.

With the cheapest smartphone plans at $70 per month plus tax, which includes a minimum amount of voice and data per month, smartphones with GPS and Internet plans can average to about $2.33 per day over a 30-day month. The cost of a smartphone, about $500 for a high-end device (unsubsidized without a contract), would be about $1.37 per day over a 365-day year. That means, the daily average cost of a device with service would be $3.70, which would allow students to check-in with GPS functionality at the pre-set intervals established by the school, and allow school administrators, coaches and teachers to reach students when needed all for under 50% of the cost of the current GPS-only device pilot program.

At $8 a day, the school says that it would be still cheaper than losing $35 for each absent student. However, perhaps as modern mobile technology becomes cheaper and more affordable, people will see its potential beyond its purpose as strictly a communications device, a tool to browse the Web, and a means to connect with apps. Anaheim can implement parental controls on smartphones to block and restrict inappropriate websites, implement smartphones into lesson plans and give students access to technology in the classroom, and reduce truancy while saving money.

After all, with the same opt-in principles of the tracking program officials can leverage smartphone tracking technology, like iOS’s Find My Phone technology to not only locate lost or stolen iPhones, but to actively use check-in to locate students in the event that they don’t check in, rather than passively wait for students to check in. If students don’t check-in with their GPS, officials, with smartphones and geo-locating technology, can opt to actively locate their students with technologies that are able to track smartphones in the even that those devices are lost or stolen, which moves the tracking mechanism from passive to active.