Boom Boosts MacBook Speaker Output, a Must Have App

MacBooks aren’t known for loud speakers, making headphones a must-have in noisy environments and forcing users to plug in a pair of speakers when sharing content with more than a friend or two. Boom is a new app that unlocks the potential of any MacBook’s speakers, increasing the volume of any app dramatically. 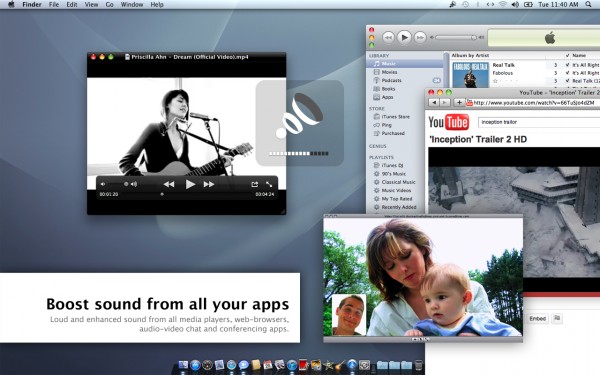 When the reps from Global Delight, the developers behind Boom, first told us about this app, I thought they were exaggerating a bit. But after downloading the app ($4.99 at GlobalDelight.com/boom), I was blown away. With Boom enabled, I was able to crank up music on the MacBook Air to a point where it was uncomfortably loud. There was noticeable distortion at higher volumes, but you can go far beyond the limits of the stock audio settings without any problems.

While there are other volume boosters for Macs out there, they’re generally tied to a single application, such as iTunes. Boom doesn’t much care which application is putting out audio, boosting it all. You can enjoy higher volumes when watching online videos, chatting with friends via Skype, watching videos or streaming music. 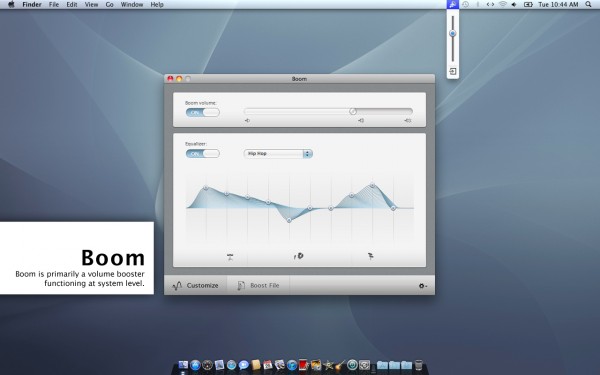 Once Boom is installed on a Mac, an icon will appear at the top of the screen. Clicking on it reveals a volume slider and another icon that launches the EQ. 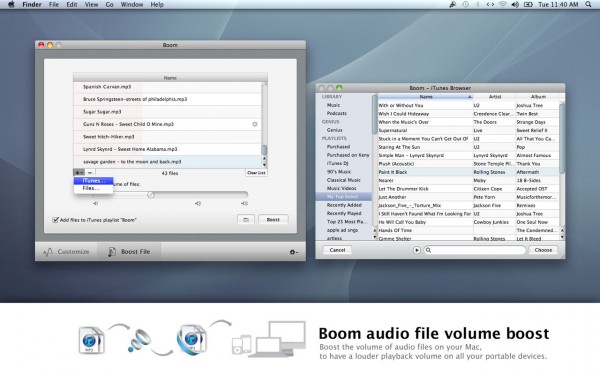 As an added bonus, users can drag and drop files that aren’t loud enough onto the Boom app for conversion. The result is music that can be synched back to an iPad, iPod or iPhone that plays louder and with EQ tweaks of your choosing.

Apple intentionally limits the volume output from its MacBooks and iPhones to protect users’ equipment and eardrums. If you do install Boom on your device, we encourage you to only use it with your MacBook’s speakers as pumping up the volume on your headphones could cause some serious earaches and potentially permanent damage.

A free 7-day trial of Boom is available at GlobalDelight.com/boom.