MimoMonitors.com released a 10-inch USB powered touchscreen monitor it calls the iMo Monster 10-inch Touchscreen Monitor. This device brings 10 inches of extra screen real-estate for your Windows or Mac powered computer. Previously the company had a 7- 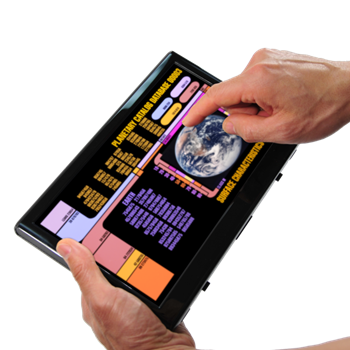 inch USB monitor, but now with a new 10-inch there is much more screen real-estate and it is all powered with just one USB 2.0 cable.

While you could easily plug it into a desktop system, the real benefit of something this size is mobility. And it adds both a touchscreen interface as well as a stylus for the pen and inking aficionados. The fold out stand will hold it up next your computer or you can hold it for better inking/touch functionality. 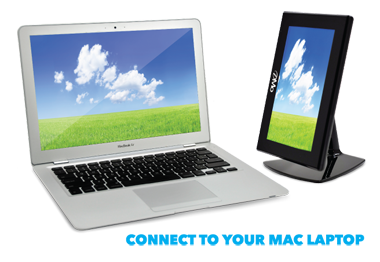 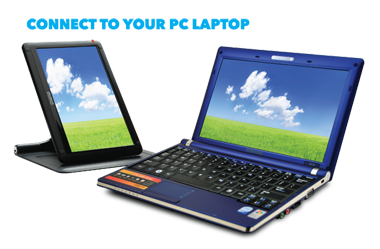 The price is a little steep at $259.99 direct from the company, but if you see it not only as an external monitor but a tablet and a 2-port USB hub all in one tight little package, the price is a little more reasonable. Yes that’s right; it also has 2 USB ports as well for plugging in other devices, but to use them you will have to plug-in an included AC adapter. That makes it less useful on the road unless you just don’t use the USB ports.

The resolution of the iMo Monster is 1024×600 which the company says will offer sharp graphics and clear images for video, graphics, and a full range of business applications.â€ 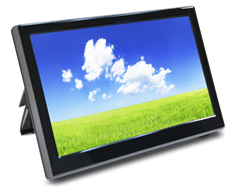 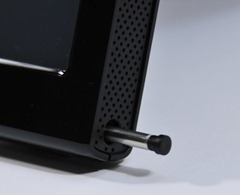 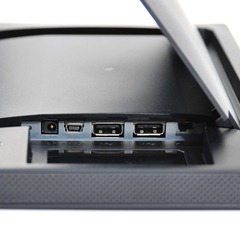 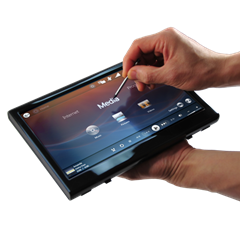