I love my Verizon Wireless MiFi 2200 card. It is a small 3G cellular modem that also works as a Wi-Fi hotspot for up to five devices. It is great for people who are mobile and have more than just one or two Wi-Fi enabled devices that they want to use on the Internet. But it has one enormous and glaring weakness. Battery life is abysmal. (Full MiFi Review) 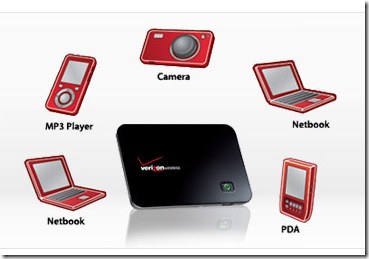 Today I was on the road for almost seven hours going to visit a man in my church who is critically ill in a hospital that is about a three and a half hours away. AT&T 3G covers only about half of the area between my house and Durham, NC where the hospital is and I have an iPhone. So I brought the MiFi card because almost the entire drive has Verizon broadband coverage. With it I could get online with my iPhone, my iPad and my notebook computer, or so I thought.

The second glaring weakness of the MiFi card is that it easily gets turned on. That in combination with the poor battery life resulted in a dead battery about halfway home tonight. You would think that I could simply plug the USB cable that I use to connect it to my notebook computer into a USB car charger. Unfortunately, for some reason, it won’t charge the card. I have tried a few different ones. None worked. Under heavy use the battery actually drains a little bit while plugged in. Then, if I get out for a bite to eat on the way and forget to turn it off, it stays on and drains the battery even more.

I’ve been looking for a solution. I had an AC/DC adapter and plugged in the AC wall charger that came with the MiFi. But today I didn’t have it because, since getting my iPad, I’m draining the battery every day. So I plug it in overnight at the same time I charge my iPad. 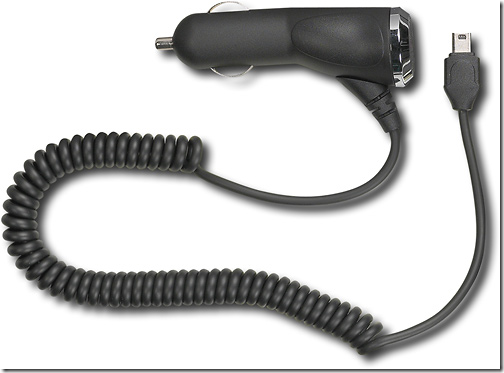 After about 5 hours on the road, and an hour with the MiFi card accidentally left on, it was dead. To make matters worse, the USB cable could not charge the thing; and I wanted to get online for something important while I was in one of those areas without AT&T 3G or even halfway decent Edge coverage.

The good news was there was a Best Buy at the next exit. I stopped and asked at the cell phone section if they had anything that would charge MiFi in my car. Fortunately for me, the guy had a MiFi card too. He walked right up to the Rocketfish Mobile Vehicle Charger which sells for just $21.99. It is has a micro USB connector and plugs into the cigarette lighter. Bingo! I was set.

It worked great and I was able to charge up my MiFi card enough to get a signal. I know some of you are saying, “Kevin, we knew this a long time ago.” But I guess I was too busy to even ask!

I finally made it home and took my family out to get some Chinese food. The card charged enough in the hour I had it plugged in to get Wi-Fi signal for my iPhone, my son’s iPod Touch and my iPad as we sat in the restaurant after finishing eating. I know. We should put away the gadgets when we eat. Most of the time we do.