Yesterday was Nokia’s turn to be in the keynote spotlight.  You have to love a company that right before the keynote started, the announcer said ” At the request of Nokia, we ask you to keep you cell phones on.”  The crowd loved that.  Nokia knows their audience I must say.

So what did Nokia’s CEO Olli Pekka Kallasvuo have to say about Nokia for 2010?  It wasn’t at all what I expected.  I thought it was going to be like the other keynotes I had attended where it was all about their new products and flashy presentations.  Not Nokia.  Their presentation didnt talk about any new Nokia phones coming out; their presentation focused on the world and their customers.

The focus was on how cell phones have impacted the lifestyle of people, but how it still respected their beliefs and customs.  They showed in India how phones were being shared.  Also how using a new application from Nokia called Nokia Tej, textile manufacturers could cut down on paperwork and red tape and do everything over their cell phone.  Using another application called Nokia Life Tooks, they showed how children were learning English.  Farmers were using cell phones to track weather and the crop market.

There was also a segment on a travel site called LonelyPlanet.  Nokia asked them to collaborate on a project called The Progress Project.  This project showed how Nokia cell phones were used all over the world and how it impacted day to day life.

The big announcement was that Nokia is doing a competition called the Nokia Growth Economy Venture Challenge. The idea is to come up with a hardware, software or service that will improve lives and impact mobility around the world.  Also, it has to be for countries where the daily income is $5/day.  The winner will be chosen in June.  And what do they get? $1 million dollars of investment to make their idea a reality with Nokia.

Its wonderful to see a company on the scale of Nokia being a responsible world citizen and caring about their consumers.  And putting their money where their mouth is.  Go Nokia.  I wish you would catch on here in the US. 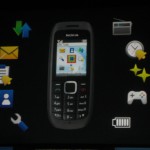 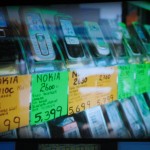 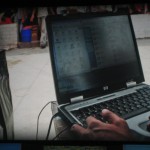 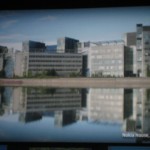 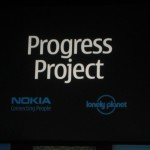