The $330 and above netbook market is dead

It’s hard to believe that less than a year ago when higher end netbooks still commanded $600 and maybe even above.  But if you bought a netbook in the last month or two for $400 or more, this is a good time to kick yourself. The market for $400 netbooks justdied with the arrival of the $400 Acer Aspire AS1410-2285 ultraportable. 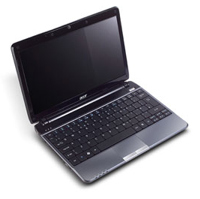 The AS1410-2285 has the following notable specifications:

This is the sort of specification that would have probably fetched close to $2000 just two years ago but the “race to the bottom” has been won by Acer.  While I’m sure this saddens those in the notebook industry, consumers are rejoicing.  I saw an ad over this weekend for a netbook with Windows 7 “Starter Edition” for $368 so I feel for the poor guy/gal who buys it.

It’s worth noting that the HP Mini 311 netbook with NVIDIA Ion still sells for $400.  While the NVIDIA Ion LE graphics is about 79% faster than the GMA 4500MHD in 3DMark2006, the Atom CPU in the Mini 311 CPU is slower than a dual-core 1.2 GHz SU2300 especially for multi-thread optimized workloads.  So which one is better depends on your preferred workload, but I personally don’t take gaming on netbooks too seriously.