Cool Use of an ASUS Eee PC 900 in Venice 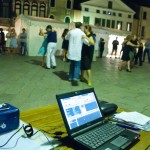 Last month I was lucky enough to take a trip to Italy for a few weeks with my wife. I spent the vast majority of my time unplugged from the Internet, but did keep an eye out for how Italians are using gadgets.

The night we landed in Venice we ate dinner in Campo Santo Margherita, a square full of restaurants, cafes and bars. After dinner we followed the sound of Italian music to the other side of the square and found a few dozen locals and tourists dancing the night away. 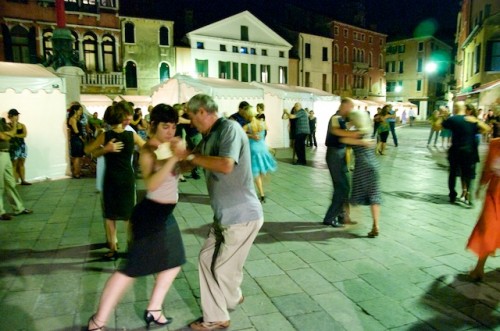 The music was really loud and I assumed there was a professional DJ hosting the party. But in the middle of it all was a little table with an ASUS EeePC 900, playing Italian music that was several times more romantic than anything you’ll find on my iPhone. 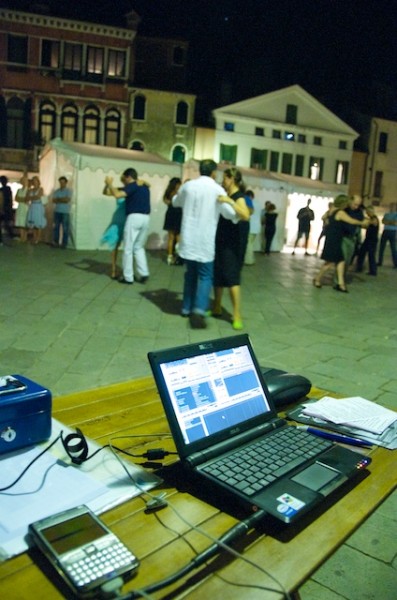 I talked to the bar owner, who told me absolutely loves his Eee PC. The ASUS EeePC 900 was plugged into a loudspeaker and tethered to a 3G phone so he could download songs his patrons requested. He went with the Eee PC because of its low price and small size. 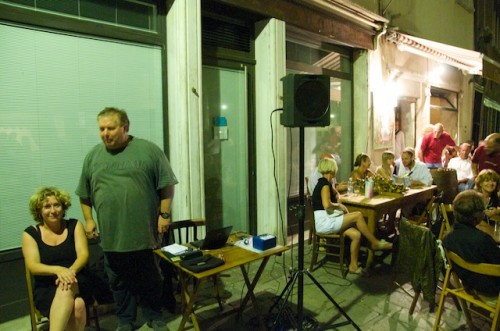 I shot these pics with my Nikon D300, which the bar owner (pictured above) gave a thumbs up to. Before the conversation could turn to a total geek fest my wife suggested we order a drink.

A lot of us bloggers and industry insiders spend a lot of time analyzing and debating the most minute details of netbooks. It was really refreshing to see the Eee PC out in the wild entertaining so many people. It put a smile on everyone’s face and I was probably the only one that gave its specs a second thought.

I’m still sorting through all the videos and photos I shot in Italy, but will share more soon.