A Review of Every Ultrabook At CES In 2 Minutes

Last week at CES we saw ultrabook after ultrabook announced and released and pawed by the tech press. And while I’m happy that Intel gave manufacturers the impetus to fill out this exciting new category of notebooks and excited for the new, more mobile future, I’m also concerned about the trends I see in the category.

Looking over the display of ultrabooks at the Intel booth I noticed more similarities than differences between them.

Obviously there are some stand out features to be found and some designs that catch the eye more than others. But I think we’re going to get tired of hearing how this or that machine is under 0.8 inches thick and less than 3 pounds with 4 or 5 ports and a Core i5 processor and an island-style keyboard above a large clickpad and on and on.

Netbooks were an exciting category for a couple of years despite getting a lot of hate from uninformed snobs and silly people (not that I have an opinion). Once we got to a point where most companies had figured out how to give them good battery life, make the keyboards not suck, and shove the appropriate amount of ports in them, innovation in the space fizzled. There are a lot of other reasons why netbooks aren’t as hot, anymore. That was a big one, though.

If ultrabooks are to become the new mainstream form factor, then I’m going to need the companies that make them to step up their game. 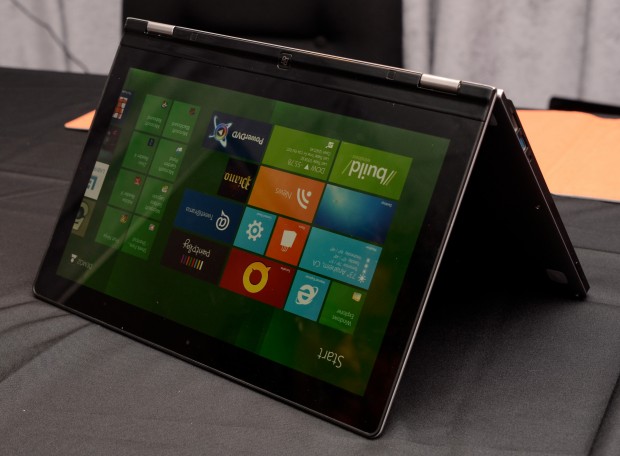 Start by shaking up your designs to make them reflect your brand and not just a trend. Most of you need to drop the clickpad nonsense because you don’t have drivers good enough to support them. And for the love of all that is holy, don’t just go for aesthetics when it comes to the keyboard.

Above all remember that while everyone appreciates a beautiful design, we appreciate a laptop we can use without cursing and frustration ten times more. Drop the gimmicks and give us our ports.

Oh, and don’t forget to keep prices down while you’re at it.

None of this is out of the realm of possibility for the major players today. A few already do some of the things mentioned above. Will the rest take that as a challenge or rest on their laurels?  By next CES we’ll know the answer.