Gateway is releasing newly updated versions of their NV series of notebook computers with more up to date technology and social networking features built in.

The two new models are the NV5 with a 15.6-inch display and the NV7 with a 17.3-inch display. The NV line has been at the core of the company’s offering in the performance notebook niche. As they update these models, the focus is on bringing the latest technology to offer a “first-rate cinematic” experience and “seamless social networking capabilities.”

Mobile entertainment means something entirely different today than it did just a few short years ago — more often it comes in the form of video clips, photos and updates on friends’ and fan pages by using popular social networking sites and tools,â€ said John Nguyen, senior product marketing manager for Gateway notebooks and netbooks. The Gateway NV Series notebook line is well-equipped to let customers have quick access to their entertainment and social networks with easy-to-use technology, such as the latest Wifi and HD webcam.â€

One of the most interesting new feature is a dedicated configurable button that will give the owner instant access to their favorite social networking sites like Facebook, YouTube and Flickr. This will give real time updates of status feeds, info, video and images.

To achieve these goals the company has included a High Definition Ultrabright LCD widescreen display in each of the models. The first of these available today is the Gateway NV59C09u with a 15.6-inch display, a Blu-ray drive and Intel’s Core i3 processor. All of this plus an HD webcam can be yours for only $799.99. Other models will start showing up soon in retail outlets across the nation in the next few weeks.

These new models are aimed at students who want decent performance on a budget. But they will also have models for users with higher end needs like video editing and casual gaming.  And they also have entertainment in mind. The NV7 series will be available with a 1600×900 resolution display at a 16:9 aspect ratio. There will also be HDMI output for hooking it up to an HD display. Add an optional Blu-ray drive for HD video viewing, driven by ATI Mobility Radeon HD display technology, on select models.

The notebooks will be configurable with both Intel Core i3 and i5 processors as well as AMD Athlon and Turion processors. The NV series will support up to 8 GB of RAM and hard drives ranging from 320 to 640GB. They will also accept most media cards like SD, MMC, Memory Stick, Memory Stick Pro and xD. 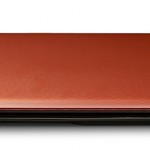 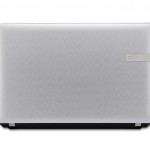 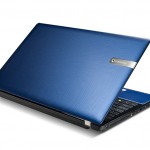 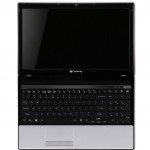 Other features include an HD Webcam, 802.11b/g/n Wi-Fi, a Gigabit Ethernet LAN port, and three USB 2.0 ports. The pointing device is a Multi-Gesture touchpad and the keyboard features a dedicated numeric keypad. The 6-cell Li-Ion battery will provide up to 4.5 hours of use.

Finally, Gateway offers its customers access to their Easy-to-Access MyBackup. The included software makes it possible to backup important files via USB or to another hard drive partition.