Samsung’s the first company to begin mass producing 64GB solid state drives (SSD) in a 1.8-inch form factor. This brings us one step closer to seeing ultramobiles and notebooks actually ship with a decent-sized SSD. Sony, Samsung and others are hoping users will pay a steep premium for these drives.

Samsung’s mass production of 64GB SSDs makes it the largest producer of high-capacity SSDs in the world.

Samsung expects that sales of SSD units will increase at a rapid 270 percent pace industry-wide between now and 2010 to become the largest growth segment in the NAND flash industry. 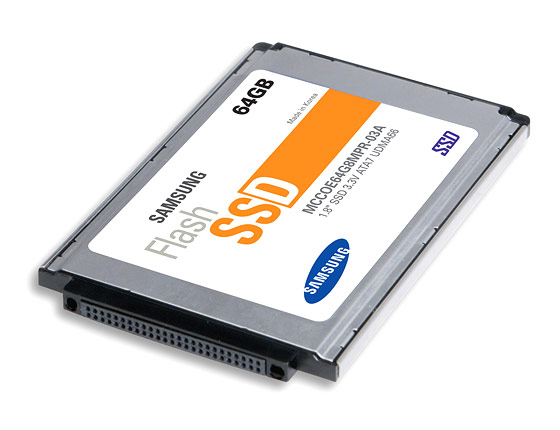