Sony is offering several early Black Friday deals including a $50 discount on the Sony DSC-TX9 Digital Camera, which can also shoot 3D. The DSC-TX9 is normally $399, but with the instant discount you can get it for $349 including free shipping. 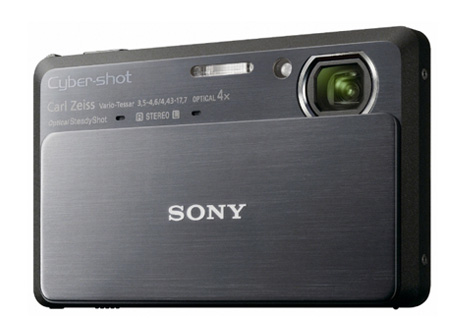 The DSC-TX9 has a 3.5″ touchscreen and shoots in 12.2 MP with a Exmor R CMOS censor. It can shoot a 3D panorama in sweep mode as well as offering a highly tuned auto shooting mode.

Photographic brilliance meets styling elegance in the Cyber-shot® DSC-TX9. You’ll be delighted in low light thanks to Sony’s “Exmor R” CMOS sensor, and the panoramic 3D shots are nothing short of stunning. You’ll also be impressed by Superior Auto, Background Defocus and Full HD 1080/60i AVCHD movies.

To get the Sony DSC-TX9 for $349, including free shipping check out at SonyStyle.com between now and November 20th.

Review and unboxing of the Sony DSC-TX9: